Bridge under construction since 2011 collapses in Srinagar 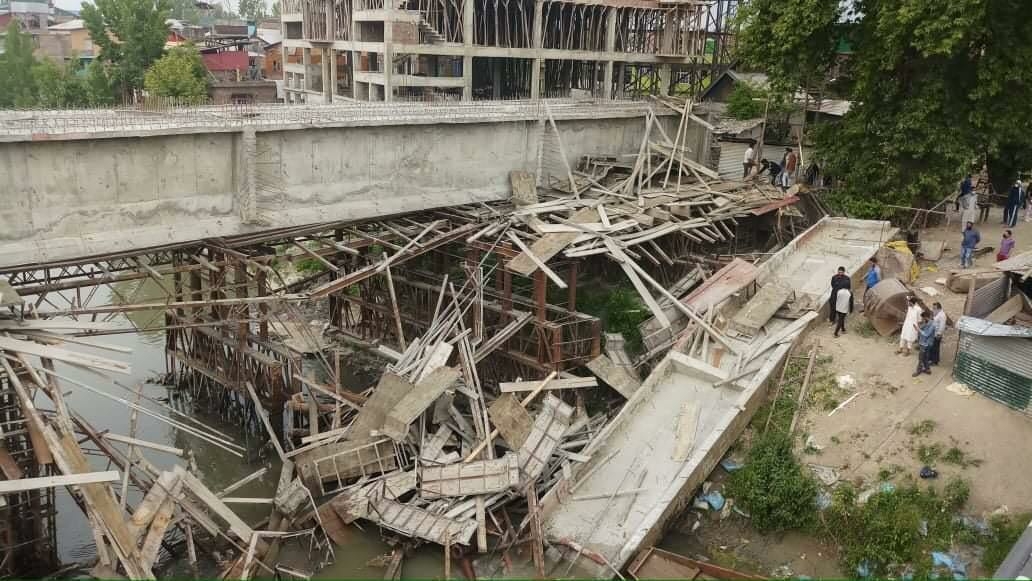 Srinagar: An under construction bridge collapsed on Monday in Noorbagh area of Srinagar, officials said. However, no injury was reported during the incident.

An official said that an under construction bridge known as Cement Kadal collapsed on Monday evening located at Noorbagh area of Srinagar district.

No loss of life or injury reported in the incident, he added.

Notably, the bridge is an important link as it connects the Old City, Soura and other areas with North Kashmir.

The construction of the new bridge was started in the year 2011, but in the last nearly one decade, it missed several deadlines. (KNO)