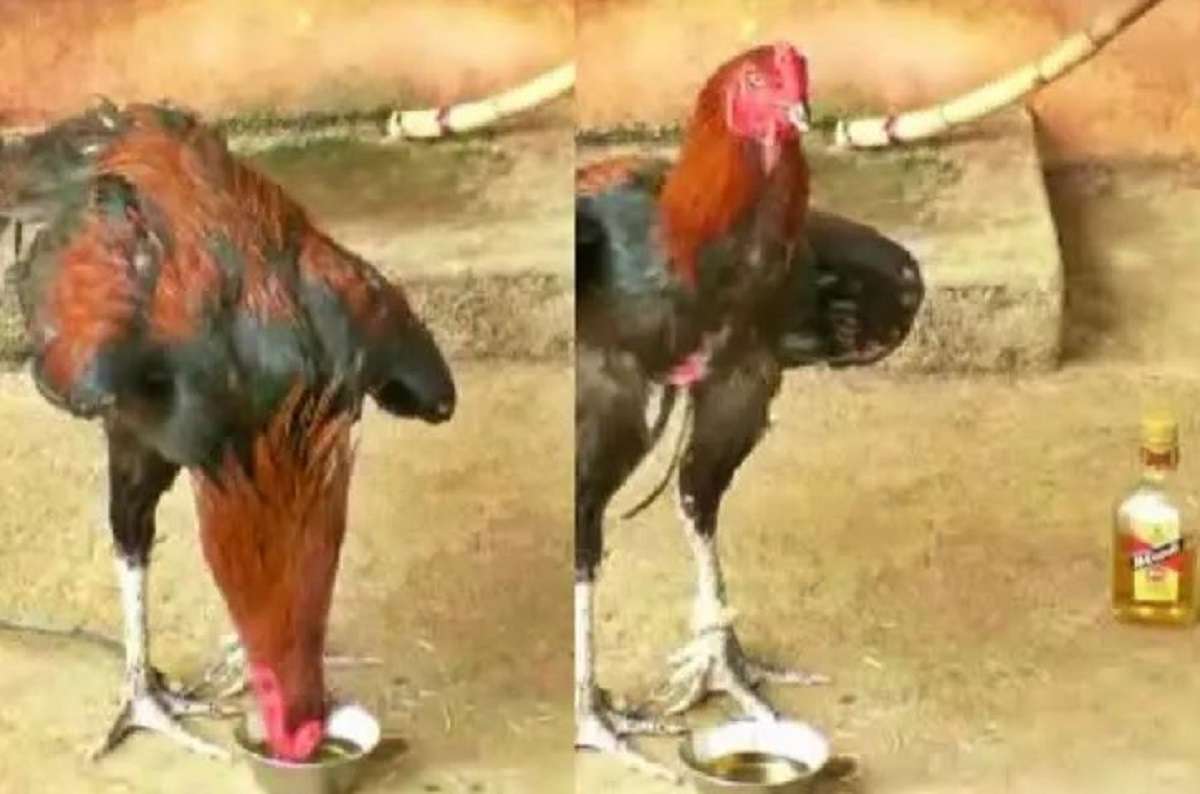 A rooster in Maharashtra is addicted to alcohol so much so that it refuses to eat or drink anything if it is not served its daily dose of booze.

In Pipari village of Bhandara district, Bhau Katore, who has never touched alcohol in his life, finds himself in a strange dilemma as he goes buying booze for his rooster. What began as an attempt to treat the bird some months ago turned into an addiction for the poor fowl. A poultry farmer, Katore acted upon the suggestion of a villager a few months ago who said that making the rooster drink some local mohful liquor would make it healthy. At the time, the bird was refusing to eat or drink anything and Katore was at his wit’s end.

One fine day he made the rooster drink mohful. The bird started getting better, its cock-a-doodle-doos reverberating the entire farm full of hens. The only problem was that the rooster took a certain liking to the drink. While it was not eating or drinking anything before Katore introduced mohful, the bird would eat and drink anything only if it was given its mandatory dose of the local booze now. Many times, the local liquor was not available prompting Katore to buy foreign brands to keep the rooster happy.

“The rooster is not ready to drink water without drinking alcohol. I have to spend Rs 2,000 per month for liquor,” Katore said as he talked about the fowl’s ‘drinking problem’. Efforts are underway to ‘cure’ the rooster. Veterinarians have told Katore that if he wants the cock to get rid of alcohol, he should start giving him vitamin tablets that smell like alcohol. The vets say that the rooster should not be served ‘neat’ pegs and instead, the quantity of alcohol should be gradually reduced for the bird to be completely sober.