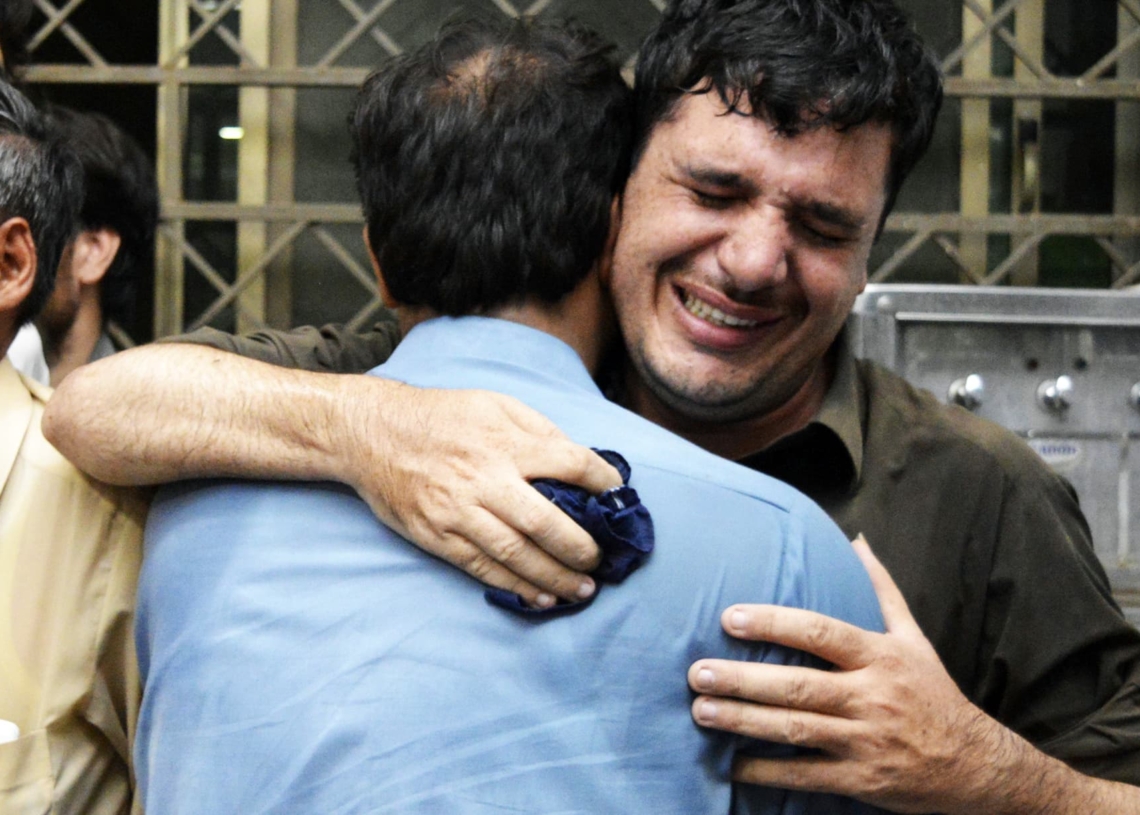 Pakistani relative mourn the death of their family member at a hospital in Peshawar, Pakistan, Tuesday, July 10, 2018. Police in Pakistan say a suicide bomber has killed a secular party leader and many supporters during an election rally in the northwestern city of Peshawar. (AP Photo/Muhammad Sajjad)

Karachi :At least 20 persons, including Awami National Party (ANP) leader Haroon Bilour, were killed in a suspected suicide blast which targeted an election gathering of ANP in Yakatoot area of Peshawar on Tuesday night, DawnNewsTV reported.
Peshawar Capital City Police Officer (CCPO) Qazi Jameel said that more than 30 people were injured in the explosion, who have been shifted to Lady Reading Hospital.
The blast took place when Haroon Bilour, the son of ANP’s slain leader Bashir Ahmed Bilour and a PK-78 candidate, arrived at the site where the ANP workers had gathered for a corner meeting. Bilour suffered serious injuries and was shifted to the hospital where he succumbed to his wounds.
The police officer did not confirm the nature of the blast. A local ANP leader, however, told DawnNewsTV said that a suicide bomber blew himself when Bilour entered the compound where the meeting was being held.
“According to our initial investigation, it was a suicide attack and Haroon Bilour… was the target,” said AIG Shafqat Malik.
The death toll was initially reported at 13 but it rose to 20 overnight, according to Lady Reading Hospital’s spokesperson, Zulfiqar Ali Baba Khel.
The rescue teams and law enforcement agencies reached the site of the blast. Police and bomb disposal officials collected evidence from the site of the blast and initiated an investigation into the incident.
The body of Haroon Bilour was later shifted to Bilour House where ANP workers gathered in great numbers to pay respect to their deceased leader. ANP leader Iftikhar Hussain said the funeral prayers of Haroon Bilour will be offered on Wednesday at 5pm at Wazir Bagh in Peshawar.