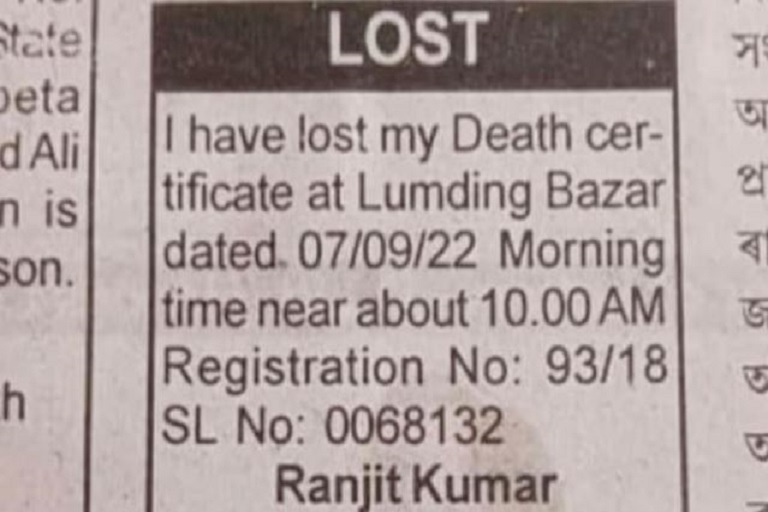 Social media is filled with weird content from across the globe. Hacks, animal videos, epic fails, and quirky advertisements. You think, and chances are it will be on the internet. In the latest of this list, a man’s newspaper advertisement about his lost death certificate has left the internet in splits.

Taking to Twitter on Sunday, Indian Police Service (IPS) officer Rupin Sharma shared a photo of the print advertisement, in which a man claimed that he lost his own death certificate – a document which is only made when a person dies. “I have lost my death certificate at Lumding Bazar (in Assam) dated 07/09/22,” the advertisement read. It also mentioned the registration and the serial number of the lost certificate.

Take a look below:

“It happens only in India,” Sharma hilariously captioned the post.

Since being shared, the image of the advertisement has taken the internet by storm. Netizens wondered if the man was asking for help from heaven. Some users even jokingly asked where they should reach out once they found the lost item.

“If found where the certificate has to be delivered Heaven or Hell?” wrote one user. “This is ‘Ad-bhoot’,” commented another.