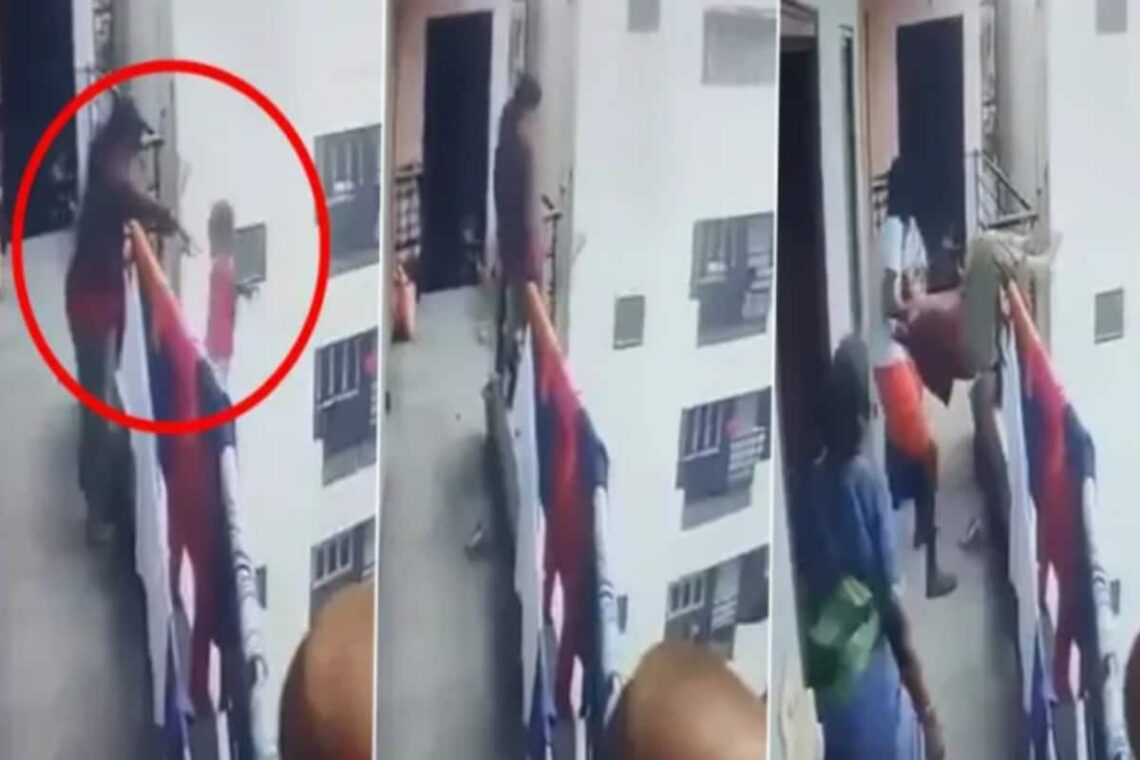 A mother threw her four-year-old daughter from the balcony of the fourth floor of their residential apartment with a chilling video showing how she was faking an attempt to end the baby’s life.

The CCTV video of the incident has gone viral on social media.

The video documents the woman, who is a dentist, placing her baby on the balcony railings before pushing her down. The incident took place in Bengaluru’s Sampangiramanagar area.

According to the police, the accused, a dentist by qualification and a homemaker, married Kiran, a techie, 12 years ago. The couple had a baby girl, who had a speech impairment since two years. She was under medication and Sushma was upset about it, the police said.

On Thursday evening, she was strolling on the balcony outside her house carrying the child and allegedly threw her down before climbing on the railing and shouting for help at the CKC Garden Aditya apartment. The neighbours rushed to her help and pulled her down to safety.

Meanwhile, the child crashed on the ground and lay in a pool of blood. She was picked up by a resident and given first aid before rushing her to a private hospital and then to NIMHANS, where she succumbed.

“The accused had even tried to get rid of the child by leaving her in a moving train a few months ago. But the father came to know about this and with the help of child helpline members traced the baby near Hassan and brought her back home. However, he did not file a complaint against her then,” a police officer said.

Here is the video. (Graphic visuals, Viewer discretion is advised)