3 killed, 15 injured in explosion in Pakistan 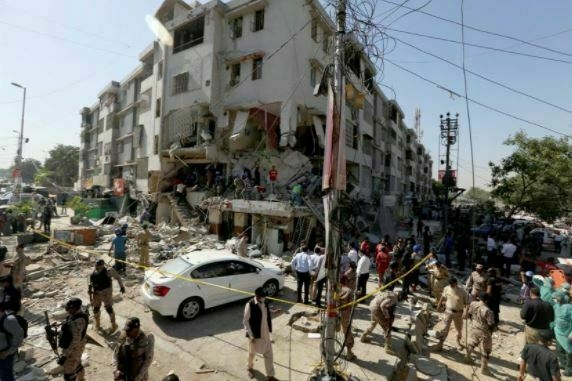 Islamabad: At least three people were killed and 15 others injured on Wednesday due to a powerful explosion in a four-storey building in Pakistan’s Sindh province, police said.

At least two floors of the building near Maskan Chowrangi in the Gulshan-e-Iqbal area in Karachi were severely damaged, creating fears that casualties may rise.

Rescue officials confirmed three deaths due to the explosion, the nature of which is unknown.

Seven of the injured are said to be in critical condition, police said.

The security forces have cordoned off the area.

Sindh Chief Minister Syed Murad Ali Shah has sought a detailed report of the incident from the authorities.