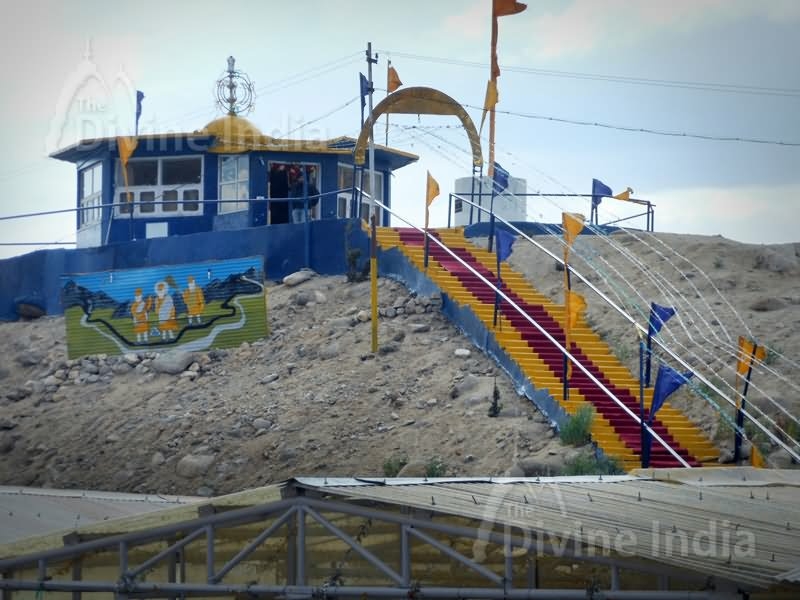 Srinagar, April 8: All Parties Sikh Coordination Committee (APSCC) has expressed deep anguish and concern over the defacement of a Gurdwara located in the Leh area of Ladakh division of Jammu & Kashmir. The Committee has urged Governor Satya Pal Malik to intervene and get the matter solved within shortest possible time.

In a statement issued here, APSCC Chairman Jagmohan Singh Raina said that some elements who want to divide people in the name of religion have defaced the Gurdwara Pathar Sahib located at an altitude of 12,000 feet in Leh. Raina said that the outer structure of the Gurdwara has been defaced by these divisive elements.

“Symbols associated with Sikhism have been replaced by symbols denoting Hindu religion and Buddhism. This action tantamount to interference in religious matters of Sikhs and the members of the community would not keep quiet over this issue. The people at helm should take the matter seriously and solve it as well,” said Raina.

The APSCC Chairman said that nobody has any right whatsoever to change the nomenclature of a religious place belonging to some other religion. He said that there is a strong resentment over this move and if the issue is not solved then the things may go out of control.

The APSCC Chairman said that the old writings have been removed from the Gurdwara by the army unit located near the Gurdwara. He said the situation that has arisen may lead to another Ram Mandir-Babri Masjid like issue adding that Sikhs would not act as mute spectators to the whole issue.

“I appeal Governor Satya Pal Malik and Chief of Army Staff, General Bipin Rawat to intervene in the matter and order the army men to restore the original status of Gurdwara Pathar Sahib. This would send a strong signal to the people who are hell bent to destroy the secular fabric,” said Raina.