World Alzheimer’s Day: How memory loss is leading to behavioural changes among elderly in Kashmir 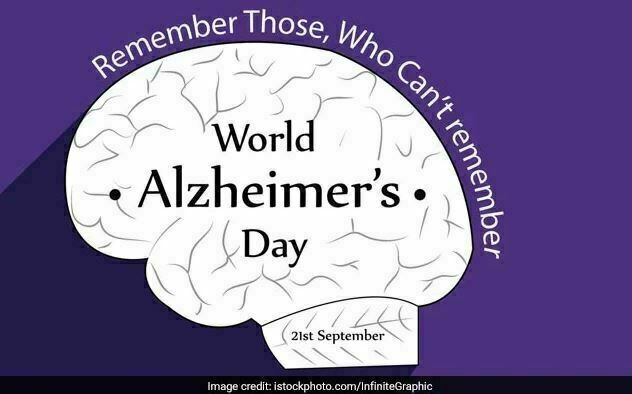 Srinagar: When 70-year-old Shameema (name changed) started urinating in her clothes, her family took her to the urologist. Two months later, she failed to identify her son and daughter-in-law. Her medical papers identify her as a case of worsened dementia, but her family did not understand this initially.

“Her family got her evaluated for urological problems, diabetes, and hypertension. However, after going through psychological tests and clinical examinations, the signs clearly indicated dementia,” Dr. Junaid Nabi, Assistant Professor, Department of Psychiatry, GMC, Srinagar said.

Forgetting things, important dates or events, losing track of the day, date, time, and place, losing way to the house, difficulty while reading, unable to identify relatives and friends are common traits especially in elderly people. All these are signs of Alzheimer’s or dementia.

Take for instance 75-year-old Fatimah (name-changed), she was brought to the Institute of Mental Health and Neurosciences, (IMHANS) Srinagar after experiencing memory loss.

“She did not lose her memory suddenly. It was slow, painful. After frequently forgetting things, she began growing suspicious about everything. This further led to behavioral changes in her as she grew violent. That is when was diagnosed with dementia,” her family member said.

Alzheimer’s, a neuro-degenerative disease, most common in people over the age of 65, can majorly impact the quality of life of the person affected.  It is noticed when an elderly person starts misplacing things, forgetting about recent events, conversations, and common places. A person close to the patient may start noticing these changes.

“The disease progresses over time and at later stages, a person may lose the ability to speak and walk. While the onset of Alzheimer’s disease is not before the age of 65 or so, in some cases it may begin at an early age also,” Dr Junaid said.

He said that while there is no treatment for reversing or stopping the progression of Alzheimer’s, but medicines are available which can symptomatically improve cognition.

“Apart from medication, one should quit smoking, solve puzzles and board games, socialize, get adequate sleep, do physical activity and consume a balanced diet to slow down progression,” he said.

He said besides medication, a person with Alzheimer’s requires huge social and family support and therapy because the disease progresses in due time and a person may not be able to take care of himself/herself eventually.

Dr. Yasir H Rather, Associate Professor at IMHANS said in Kashmir, there is no significant research done that can point out estimation of dementia cases but as per the clinical experience, they see a good number of old age patients suffering from dementia.

He said the treatment approach to tackling the disease has to be multi-dimensional. From the awareness level, where people understand what dementia is, a good number of people are missed out on the diagnosis of dementia at earlier stages due to lack of awareness.

Waseem Kakroo, Clinical Psychologist at Centre for Mental Health Services, Rambagh explained that due to stigma and lack of awareness, the majority of the people with dementia in the valley, do not even get a diagnosis and find it difficult to cope up with the complex brain condition.

“Appropriate care and early detection can help improve the quality of life of the person with dementia and also prepare the caregiver for better management,” Kakroo said.