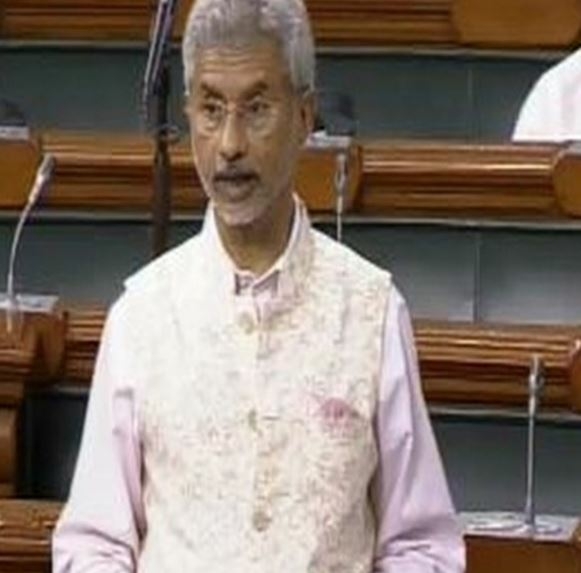 External Affairs Minister S Jaishankar on Thursday said that during his latest visit to Jammu and Kashmir, he held talks with the families of Indian students still in Iran, one of the worst affected countries by coronavirus outbreak, and assured that the government will facilitate their evacuation at the earliest possible.

“I visited Srinagar recently and took the initiative to meet the parents of some of the students who are in Iran. Their anxiety at this time is completely understandable. I shared with them in details, the ground situation and sought their understanding,” the External Affairs Minister told the Lok Sabha.

“I assured them that the govt would facilitate the earliest possible return of their children and I would like to share with the House that the sampling of these students has begun today,” he added. Calling it be “an exceptional situation that requires an exceptional response,” Jaishankar informed the House that where specific interventions are required – as in the case of Wuhan in China, the Diamond Princess crew in Japan or now the pilgrims in Iran, the government has taken the necessary action.

“At this time, travel in itself is not recommended as it only heightens risks,” he stressed. On Tuesday, India airlifted the first batch of 58 pilgrims Iran. All of them are currently quarantined at the Hindon Air Force Station in Ghaziabad.

As per available information, there are about 6000 Indian nationals in various provinces of Iran, including 1100 pilgrims mainly from Ladakh, Jammu and Kashmir and Maharashtra, nearly 300 students primarily from J&K about a 1000 fishermen from Tamil Nadu, Kerala and Gujarat and others who are on longer-term stay visas in Iran for pursuing their livelihood. The Indian Air Force (IAF) had earlier sent its transport aircraft to the central Chinese city of Wuhan – the epicenter of the deadly virus outbreak– with about 15 tonnes of medical equipment and had brought back 76 Indians and 36 foreign nationals.

The IAF aircraft had also earlier been sent to the coronavirus-hit Chinese city of Wuhan with about 15 tonnes of medical equipment and had brought back 76 Indians and 36 foreign nationals. The External Affairs Minister also urged to reassure and encourage the observance of globally recognised precautions and procedures where communities are understandably anxious. “An excessive sense of alarm would only be to the detriment of those who are really in it,” he told the House.

The World Health Organization has also officially announced the viral infection to be a global pandemic. There are 118,000 cases, more than 4,000 deaths, the agency said, and the virus has found a foothold on every continent except for Antarctica. (ANI)