Who is the beast? Two men hang canine to death 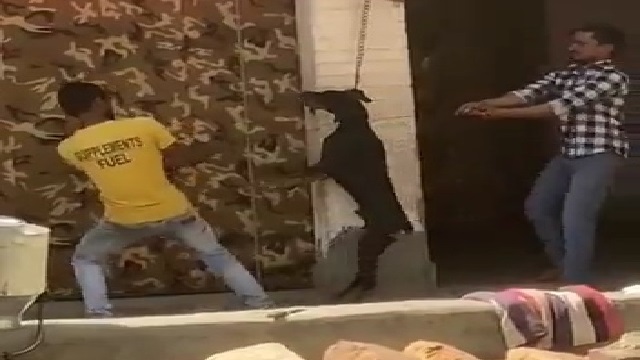 A video of the incident has now surfaced on the internet.

In the heart-wrenching video, two men are seen hanging a dog with a noose at a construction site. They are seen holding one end of the rope in their hands, which both are pulling towards them with full force so that the dog suffocates and dies.

After the incident, which is said to be filmed at Elaichipur village under Tronica City police station area, came to light, the cops interrogated the men seen in the video.

It is claimed that the video is about three months old. At the same time, after the matter reached the police, the villagers were scared. They do not want to talk to anyone about this matter.

The villagers claimed that the youth made a plan to kill the dog as the locals were troubled by it.