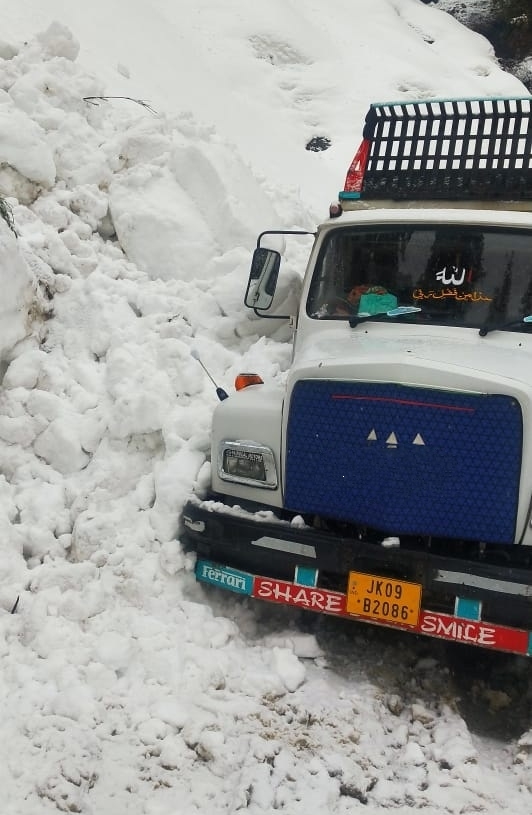 Srinagar: A dumper truck driver had a miraclous escape after being mowed down by a snow mound along Kupwara-Keran road stretch here on Sunday afternoon.

The occurence was sighted by a team of Beacon personnel and subsequently launched an operation to rescue the stuck trucker.

A Beacon official of 109 RCC said that the incident took place at around 4 pm while a team from the department was clearing the road of accumulated snow near Water Point at Farkian Top along the road.

“On spotting the occurence, the team rushed the spot and after hours of hectic efforts, pulled out the stuck driver”, the official said.

“The driver Abdul Karim lone was given first aid by the BRO and is doing fine. He has no visible injury anywhere on his body”, the official added.