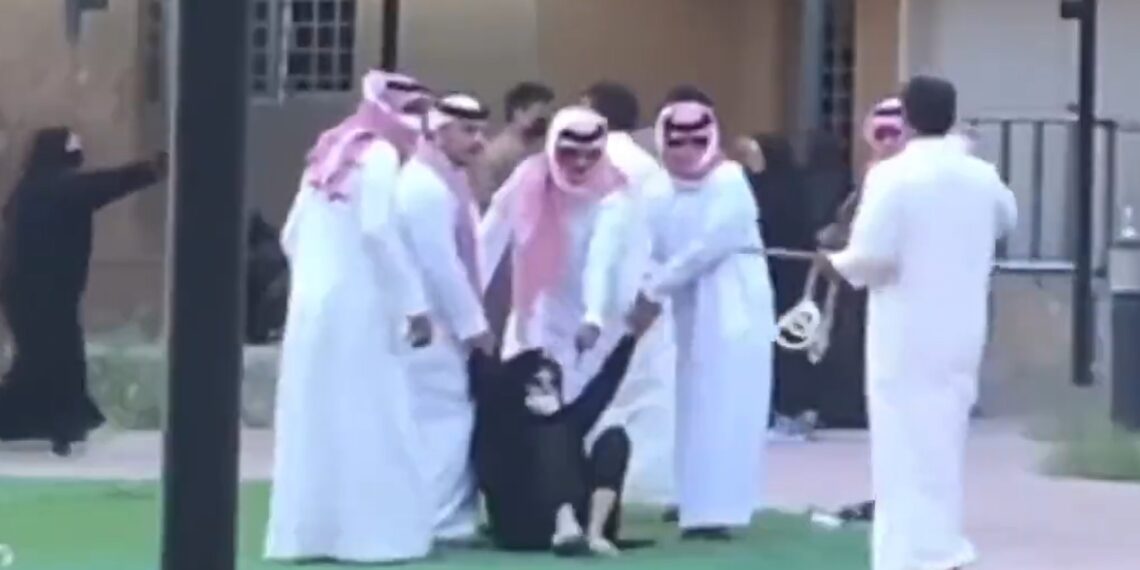 RIYADH: Saudi authorities have launched an investigation after videos of security forces beating women at an orphanage surfaced on social media.

Saudi Press Agency reported that the governor of the Asir region has assembled a committee to look into the beatings apparently captured in the online footage and “refer the case to the competent authorities.

Saudi Human Rights Commission announced it has assigned a team to follow up on investigations into the incident and it is working with the relevant authorities.

In the video, apparently filmed at an orphanage in the city of Khamis Mushayt, security officials can be seen holding down women who are wearing black abayas while uniformed officers repeatedly lash them with leather belts and wooden sticks. One man is seen dragging a woman by her hair across a lawn as she screams. Other clips show officers chasing women through the orphanage and brutally shoving them to the ground.

The videos have rapidly spread online, with #KhamisMushaytOrphans among the most popular hashtags on Twitter in Saudi Arabia on Wednesday.

Lawyer Khalid Alyehya, who runs a law firm and is a member of the Saudi Bar Association, told Arab News that the role of the police in investigating such cases is clearly set out.

“The system is clear regarding the distribution of roles between the security parties, with specific roles regarding criminal suspicion facts,” he said.

“Then the case will be submitted to the judicial officers who work at the Public Prosecution. Their role begins with a comprehensive investigation, the possibility of arrest, and the renewal of the period of arrest. The public prosecutor then represents the rights of the state and society before the criminal court.”