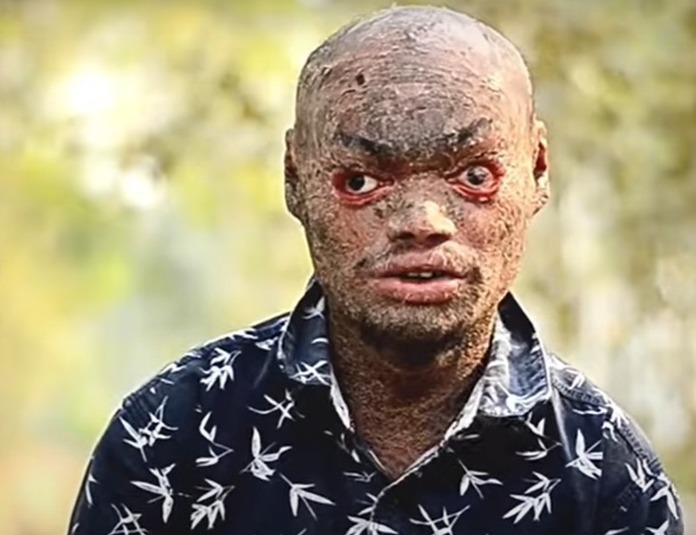 The story of a 25-year-old Bihar resident is circulating across social media as the young adult has reportedly been shedding his skin every week like a snake. The person, identified as Majibar Rehman Malik, is reportedly suffering from a peculiar disease called erythroderma, which cause inflammation of the skin. The disease is also known as ‘red man syndrome.’

Despite withstanding this life-threatening disease, Majibar is subjected to facing social stigma as well. He is very fond of studies but had to quit because other students got scared of him.

Majibar, however, never underplay himself by these obstacles and believes in living life to the fullest. He shared a video revealing how he spends his entire day. Moreover, he also shows close up view of cracks in his body and face.

He confidently flaunts the ruptures of his skin and believes he has got immense strength in the course of his illness. He also asked people to not give up despite all odds in life.

Majibar visited several hospitals for the treatment but he has been advised to consult some big hospitals. The poor financial state of the family has become a hurdle in his treatment.