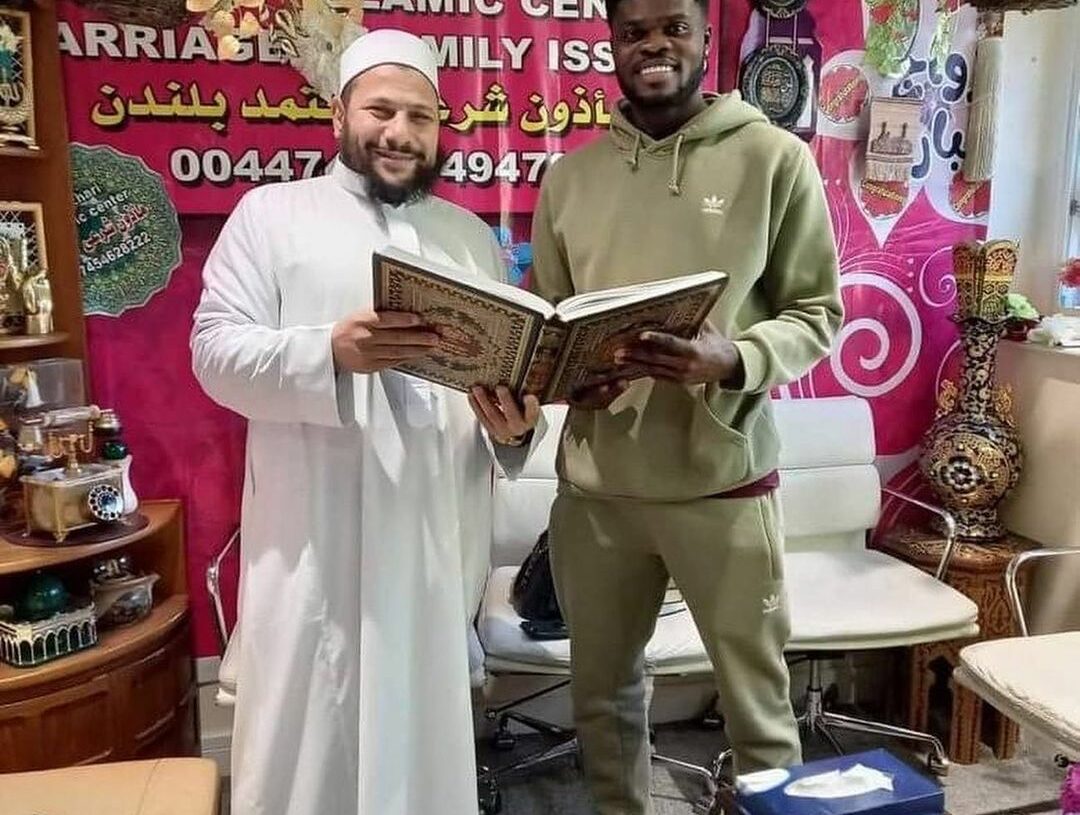 The 28-year-old’s video clip was posted by prominent Ghanaian journalist Nana Aba Anamoah. “I am a Muslim, I have a girl I love, and I know some of my friends will leave me but no problem, I grew up with Muslims, I am already married and my name now is Yaqoub,” he said.

In March 2022, the Muslim Athletes account on Instagram, which specializes in sports news, published a picture in which Partey appeared smiling while holding the Holy Qur’an next to a Muslim Sheikh, and captioned it: “Thomas Partey converts to Islam, God bless my brother.”

The legal official who held the marriage of Thomas Partey and the Moroccan girl, Sarah Bella confirmed the news of their marriage according to Islamic law, in his office in the capital, London, through a post through the official account on Facebook.

The Moroccan woman shared some snapshots of them, through her account on the social networking site Tik Tok.

Partey has not yet commented on the news on his pages on the social media sites, but the video clip was published by other pages on Saturday, June 4, in which he confirmed his conversion to Islam and his association with a Muslim girl.

As per media reports, Partey will continue to use his first name Thomas on the back of his club and national team jerseys.

It is noteworthy that the 28-year-old Ghanaian international moved to Arsenal from Atletico Madrid in the summer of 2020, with a 5-year contract, in a deal worth 50 million euros.

DRDO requires scientists: Check eligibility and how to apply