Violence only brings death and destruction for people: Tarigami 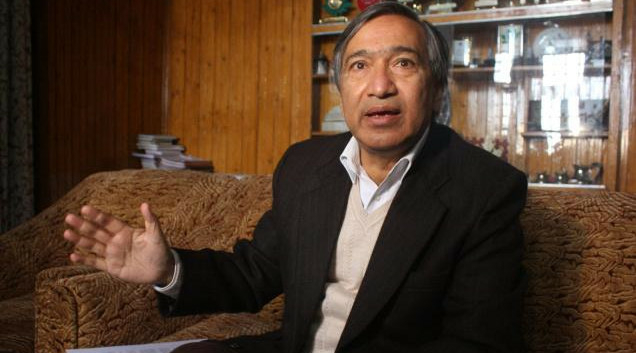 Srinagar, Feb 25: Stating that dialogue was the only option to solve issues between India and Pakistan, CPI (M) leader and MLA Kulgam Mohammad Yousuf Tarigami Sunday said continuous ceasefire violations along the border only brings death and destruction for the people living on both sides of the border.
The shelling and firing on both sides of the border has only resulted in killings, destruction of property, closure of educational institutions and displacement of thousands and thousands of border dwellers. The violent approach will neither benefit India, nor Pakistan. And such approach always has a devastating effect on the people of J&K. Violence has not given any solution to the problems in the last seven decades and in future also has the potential to bring only death and destructions. The ruling class in both the countries should realise that violence has neither achieved anything in the last seven decades nor won’t yield anything in future. Peace loving constituencies in both the countries should assert and persuade their governments to shun this path of violence and enter into a meaningful dialogue.
Silencing of guns along the border is need of the hour as incidents of skirmishes and hostilities can further derail the efforts leading towards formation of better understanding and amity between the two neighbouring countries.
The ceasefire agreement signed between the two armies in 2003 was biggest gift for the people living on both sides of the Line of Control and International Border in Jammu and Kashmir. However, unfortunately, for the past some years, ceasefire violation on the border has become a daily routine giving nightmares to border residents.
Political leadership of both the countries should start an immediate structured and sustainable dialogue to find a solution to the problems. The leadership of both the countries must utilise the resources for wellbeing of the millions of poor people living in India and Pakistan. For what purpose both the countries are purchasing weapons and ammunition for billions of dollars? Millions of people live in a pitiable condition in both the countries because of the never ending hostilities between India and Pakistan. The money, the resources and the energy which is being consumed on wars and violence could have been utilised for betterment of poor.