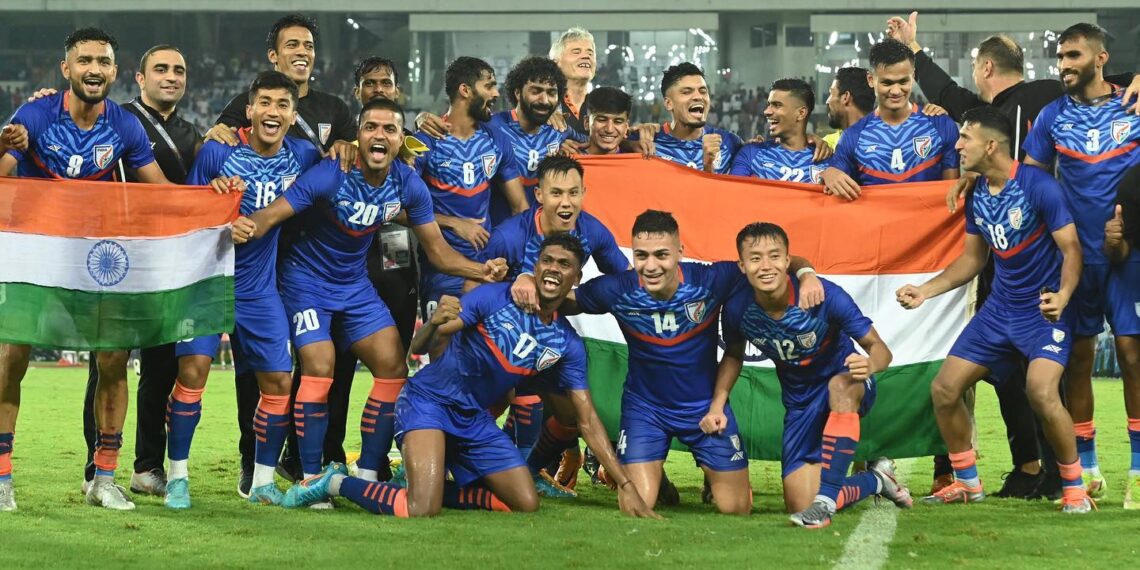 Srinagar: Kashmir has a reason to celebrate as Ishan Pandita’s goal helped India to defeat Hong Kong after a long gap of 29 years in the crucial 2023 AFC Asian Cup match,

Nicknamed ‘Super Sub’ because of his ability to score late match-winning goals, his post-match celebration of Ishan went viral on social media.

Ishan, who began his ISL journey with FC Goa before shifting to Jamshedpur FC, too was ecstatic after his first international goal for the country.

“PANDITAAAAA TIME BABYYY!!! First official one for my country! No better feeling than representing your nation. Fantastic performance from the boys last night. Top of the group and off to the AFC Asia Cup 2023! This is the new India. Jai Hind! (sic),” Ishan said in a Facebook post after the match in which India defeated Hong Kong 4-0.

Ishan’s performance was hailed on social media as Puneeta Raina commented on Facebook: “God Bless You dear. KP community is proud of you. Wish You more and more success in the life (sic).”

“Many congratulations to Indian footballer from J&K #ishanpandita  on scoring Ultimate Goal against Hong Kong, with this Victory Goal India qualifies for Asia Cup. Ishant Pandita (KP) is a resident of Pulwama Kashmir Who strike the Victory Goal for India. We are proud of U dear. (sic),” he commented on Facebook.

Nawaz Sharif said Ishan was an ‘underrated’ striker with a ‘European touch’.

“He is an underrated striker. He has European touch in his legs and Midas touch in his fate. he should get more game time (sic),” he wrote.

Earlier, Ishan’s post-match celebration was shared by the ‘ISL- Indian Super League’ on its Facebook page.

“Ishan Pandita celebrated in style post-game after scoring his first goal for the Indian Football Team!” it said while sharing the video.