Up, up and away: Hot air balloon enthralls tourists, locals in Kashmir 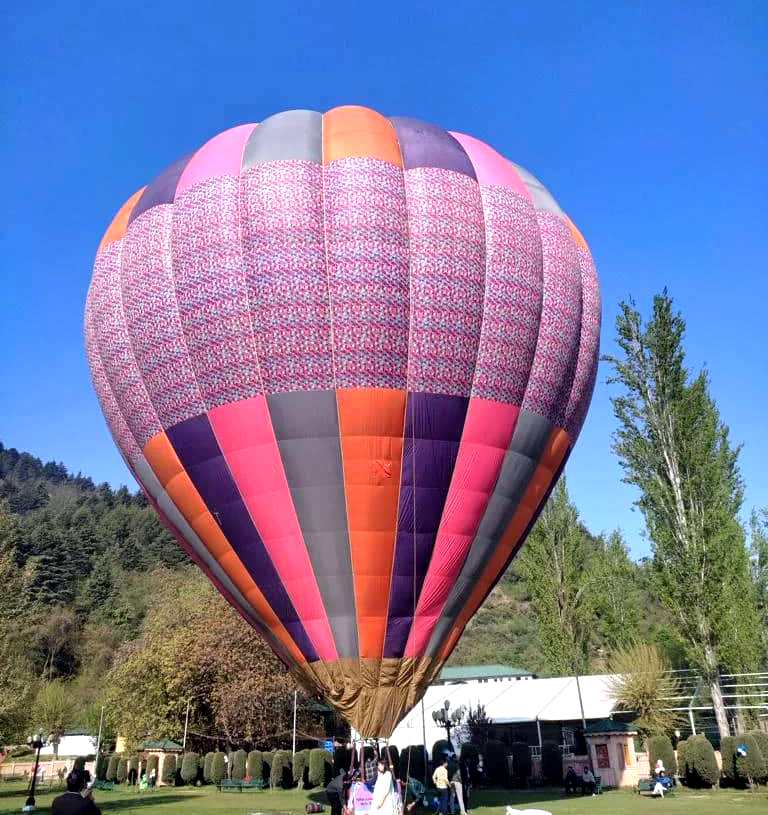 The service is part of a series of new initiatives that are being launched by the department.

A hot air balloon accommodates four passengers at a time besides its captain. Certain safety measures are mandatory.

On average daily, nearly 100 tourists use the service to get an amazing view of the boulevard and the rest of the city areas. “Hot air balloon is an amazing experience. This service is not much available at tourist destinations in many states. It gives a fantastic view of Srinagar, particularly Boulevard,” said Sumit Shah, a tourist from Gujarat.

Locals too are availing this service. “We had paragliding service in Kashmir some years before which was later shelved. Hot air balloon is equally an adventure ride and gives a better feeling,” said Sajad Wani, a local.

According to reports, the Zabarwan Park hot air balloon has been started on a trial basis. Depending on its success, the valley will have hot air balloon services at other tourist destinations.

Nearly 2.66 lakh people visited the tulip garden till April 5 after it was thrown open on March 23.