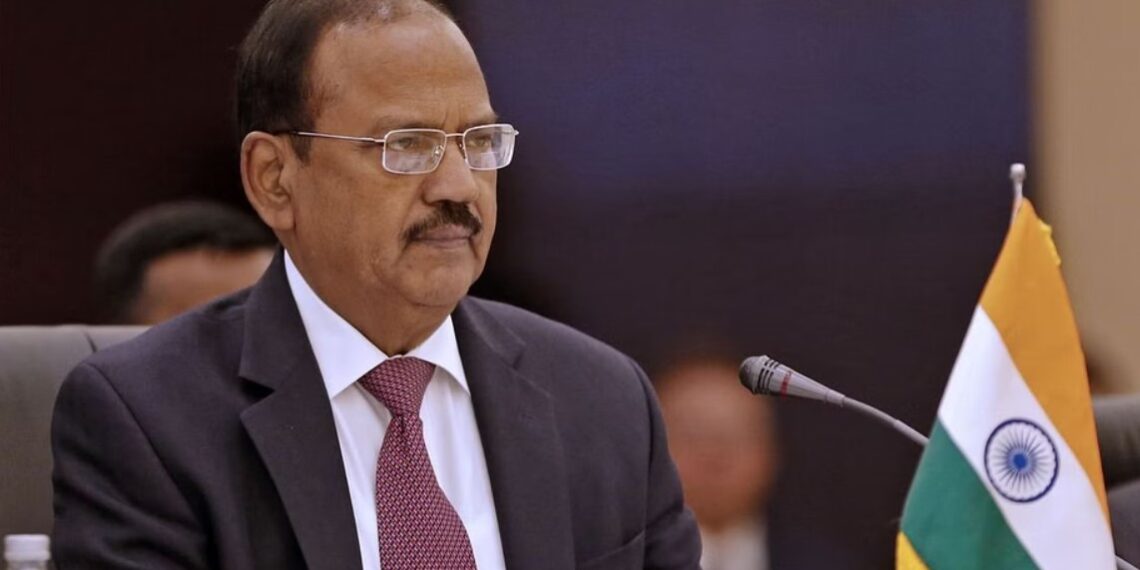 New Delhi: National Security Advisory Ajit Doval said on Tuesday that Ulema have a “vital role” to play in countering radicalization and extremism by propagating progressive ideas and thought.

In his opening remarks at a dialogue between the Indonesian and Indian delegation of Ulema and leaders of other faiths, Doval said the cooperation of the civil society is essential in countering the threat from ISIS-inspired individual terror cells and returnees from theatres like Syria and Afghanistan.

“…both our countries have been victims of terrorism and separatism. While we have overcome the challenges to a considerable extent, the phenomenon of cross-border and ISIS-inspired terrorism continues to pose a threat.”

“Cooperation of the civil society is essential in countering the threat from ISIS-inspired individual terror cells and returnees from theatres like Syria and Afghanistan,” Doval said.

Emphasizing the important role of Ulema in Islamic society, Doval said the discussion aims to bring together Indian and Indonesian Ulema and scholars to promote tolerance, harmony, and peaceful co-existence which will bolster the fight against violent extremism, terrorism, and radicalization.

Urging the need to develop a common narrative on deradicalization, Doval said in a democracy there is no place for hate speech, prejudice, propaganda, demonization, violence, conflict, and misuse of religion for narrow ends.

Drawing attention towards youths who are becoming the “primary target” of radicalization, Doval said if their energies are nurtured in the right direction, they can become “harbingers of change” and building blocks of progress in any society.

He said we also need to counter disinformation and propaganda that can “impede peaceful co-existence” among the followers of different faiths.

The NSA said state institutions also need to come together to detect and identify potential negative influencers and share information to counter their activities.

“In this, Ulema, due to their deep connect with civil society, can play a vital role,” he said.

Doval said the essence lies in disseminating positive discourse far and wide, and not merely reacting to the agenda set by inimical forces.

“While technology is a blessing for humanity, it is also being misused by anti-social elements to spread hatred and for disruptive purposes. The Ulema must also be adept in the use of technology and utilize various technological solutions to thwart the evil designs of propaganda and hate,” he said

Doval said Islam had emerged as a rallying point for the disadvantaged and tolerant outlook.

Fissures emerged among the caliphs after the death of the Prophet on the question of legitimate heir with each faction attempting to outdo each other by espousing a more radical interpretation of Hadiths, he said.

“It is here that the Ulema have a pivotal role to play. They have a leading role in educating the people on the original tolerant and moderate principles of Islam and countering radicalization and extremism with progressive ideas and thought,” he said.

He said, “none of the ends” for which extremism, radicalization, and the misuse of religion are employed is justifiable on any ground.

“This is a distortion of religion against which all of us need to raise our voices. Extremism and terrorism are against the very meaning of Islam because Islam means peace and well-being (Salamati/Asalaam). Opposition to such forces should not be painted as a confrontation with any religion. That is a ruse,” he said.

He said we should focus on the “real message” of our religions which stands for humanism, peace, and understanding.

“Indeed, as the Holy Quran itself teaches, killing one person is like killing all humanity, and saving one is akin to saving humanity. Islam ordains that the most excellent form of Jihad is Jihad Afzal’ that is, Jihad against one’s senses or ego and not against innocent civilians,” Doval said.

The Indonesian delegation of Ulema is accompanying Mohammad Mahfud MD, coordinating minister for political, legal, and security affairs, who is on a visit to India on the invitation of Doval who had attended the second India-Indonesia Security Dialogue on March 17 in Jakarta.

Accepting the invitation to visit India, Mahfud, the counterpart of the NSA in Indonesia, had expressed the wish to bring a delegation of Ulema and leaders of other faiths in Indonesia to India during the visit where they can interact with their Indian counterparts in a more “formal setting”, officials have said.

The dialogue is aimed at bringing together Indian and Indonesian Ulemas and scholars who can take forward cooperation in promoting tolerance, harmony, and peaceful co-existence, Doval said.

During the three-day visit of the Indonesian coordinating minister which started on Monday evening, India Islamic Cultural Centre organized a dialogue on the role of Ulema in fostering a culture of interfaith peace and social harmony in India and Indonesia where Ulemas and religious leaders of other faiths interacted during the day.

Highlighting the historical linkages between the two countries spanning to the Chola period and beyond, Doval said both flourishing democracies with extensive people-to-people share a common desire for peace and harmony and the dialogue is a vital medium to achieve that objective.

The NSA said we meet at a time of tremendous churn in international relations and uncertainty about the future.

“It is at such times that countries like India and Indonesia, with their experience of multi-faith harmony and co-existence, can send a joint message to the world to eschew violence and conflict,” he said.

Doval said the two largest democracies in the Indo-Pacific region with 1.7 billion population should strive to propagate moderate virtues of Islam as a beacon of hope and cooperation for the entire world.

In his keynote address at the event, Mahfud said discussions such as this allow us to learn from each other and be inspired by the best practices in preserving a peaceful and harmonious society.

“Many a time we have witnessed people who use their religion as a doctrine of absolute truth and readily blame others. We have to go out of this and improve.

“Religion, I think should be a source of peace, not the reason for discord, conflict, or violence. Religion should be a unifying tool, not a divisive instrument,” he said.

“Where are religions where the world fights against all these common concerns,” he said.