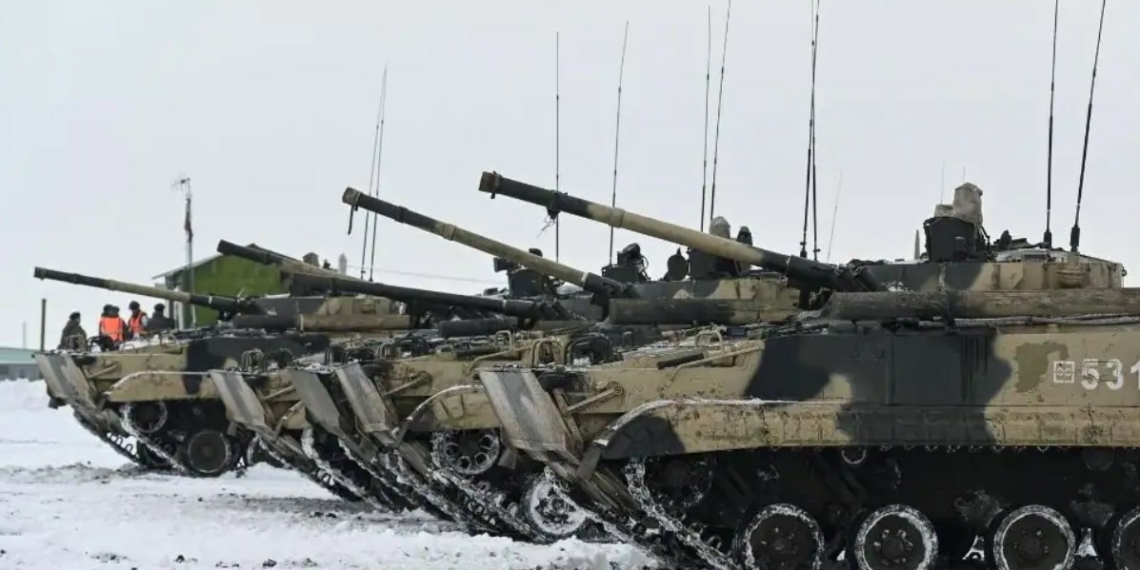 Kiev, March 7: Ukraine’s General Staff of the Armed Forces has said that Russia is secretly mobilising more troops due to massive personnel losses in the ongoing war.

In a statement released on Sunday night, it said: “Due to the significant losses suffered by the occupiers since the beginning of the war, in order to attract volunteers, the Krasnodar region began covert mobilisation and increased (the spread of) propaganda materials…”

Ukraine has claimed that 11000 Russian soldiers have been killed in the war so far.
The General Staff of the Armed Forces went on to say that although Moscow’s advancement have been unsuccessful, Russian troops have continued to conduct missile strikes on civilian and transport infrastructure of Ukraine, shelling and killing the general population in violation of international humanitarian law.

In the village of Liptsi in Kharkiv region, Russian troops confiscated the phones of local residents, forced them to wear white and red armbands, and to hang white flags on buildings, it said.

At about 2 p.m. on Sunday, Russia also fired a missile at the Vinnytsia airport, about 272 km away from Kiev.

The shelling of the strategic port city of Mariupol and Irpin have also continued.

As shelling was also underway in all the districts of Chernihiv, authorities have asked residents of the northern Ukrainian city to remain in shelters.