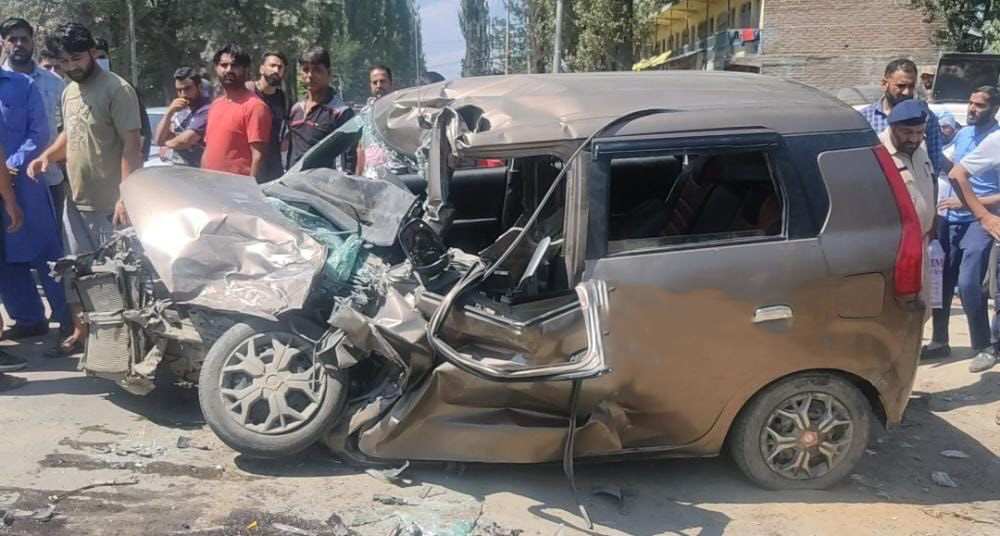 Pattan, Sept 01: At least two persons died, while three were injured in a road accident in Pattan area of North Kashmir’s Baramulla district on Thursday.

An official said that the accident took place near Degree College Pattan between a truck and a private vehicle.

He said that in the incident five persons were injured and they were immediately shifted to Trauma hospital Pattan, where two among them were declared dead on arrival.

The official added that three injured have been referred to SKIMS Soura for further treatment, while police have taken cognizance of the matter—(KNO)