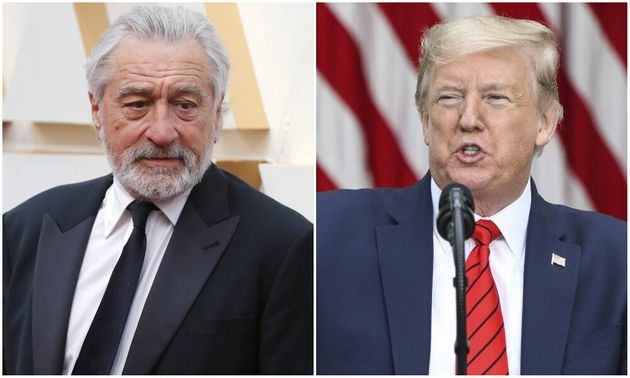 The Oscar-winning actor appeared on BBC’s “Newsnight” Tuesday and spoke about the “surreal” experience of living in New York during the outbreak.

De Niro , who has been one of Trump’s most vocal celebrity critics, criticised the president’s response to the coronavirus pandemic, which has so far killed more than 82,000 people in the US, according to John Hopkins University.

“It’s Shakespearean, the whole thing,” De Niro said. “You’ve got a lunatic saying things that people are trying to dance around.

“It’s appalling. He wants to be re-elected. He doesn’t even care how many people die.”

Trump has faced recent backlash for saying he wants to reopen states even though it may lead to more deaths, while blaming the Obama administration for passing down a broken system and citing the Russia investigation and the impeachment trial as distractions.

But De Niro has been an outspoken critic of Trump for years, dating back to before the 2016 election. When the actor took part in a #VoteYourFuture campaign video urging people to vote, his clip was deemed too partisan to include in the final cut. In his portion, released separately, he didn’t hold back, calling Trump “blatantly stupid,” “a punk” and “a con.”