‘The Great Muta’: Japan’s ‘Undertaker’ retires from wrestling after 40 years 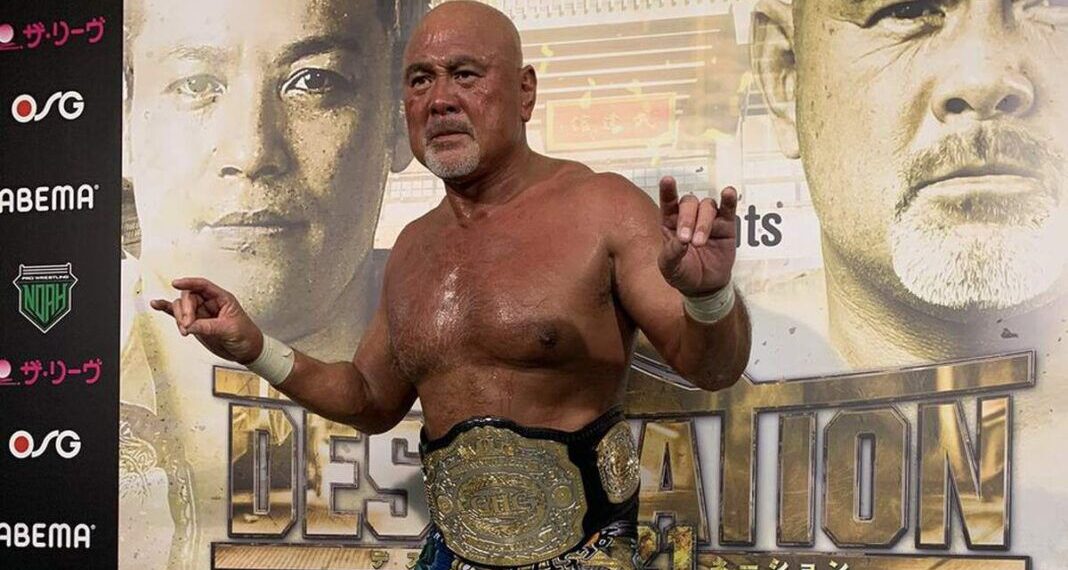 Japanese wrestling legend Keiji Muto, better known as The Great Muta, has decided to hang his boots after 40 years.

Muto is considered to be his homeland’s answer to The Undertaker.

He performed in many wrestling promotions around the world, including the now-defunct World Championship Wrestling, which rivaled the World Wrestling Federation, later World Wrestling Entertainment, until it was bought by the latter in 2001.

Muto was the winner of WCW’s 1992 “Starrcade BattleBowl” which saw random tandems of wrestlers being paired to compete to win and qualify for a Battle Royal match.

The 59-year-old icon will now wrestle just five more matches before he hangs his boots, ending a career that started in 1984.

Muto has heavily influenced many wrestlers today in Japan and all over the world, such as Jeff Hardy and WWE’s Finn Balor, with his face and body paintings. He was known for spraying mist from his mouth into his opponents’ faces, a move that he adopted from another Japanese legend, Akihisa Mera, known by his ring name The Great Kabuki, a stunt later adopted by countryman Yoshihiro Tajiri.

His most notable fights with Ric Flair, Lex Luger, and Sting in the early 1990s, are considered classics by WCW fans. His match with Hulk Hogan in 1993 was also regarded as one of the greats, especially in Japan, which pitted the WWF champion versus the International Wrestling Grand Prix champion.

In November 2019, Muto made a surprise appearance at All Elite Wrestling’s “Full Gear” as one of the judges — along with Arn Anderson and Dean Malenko — for the AEW World Championship match between Chris Jericho and Cody Rhodes.