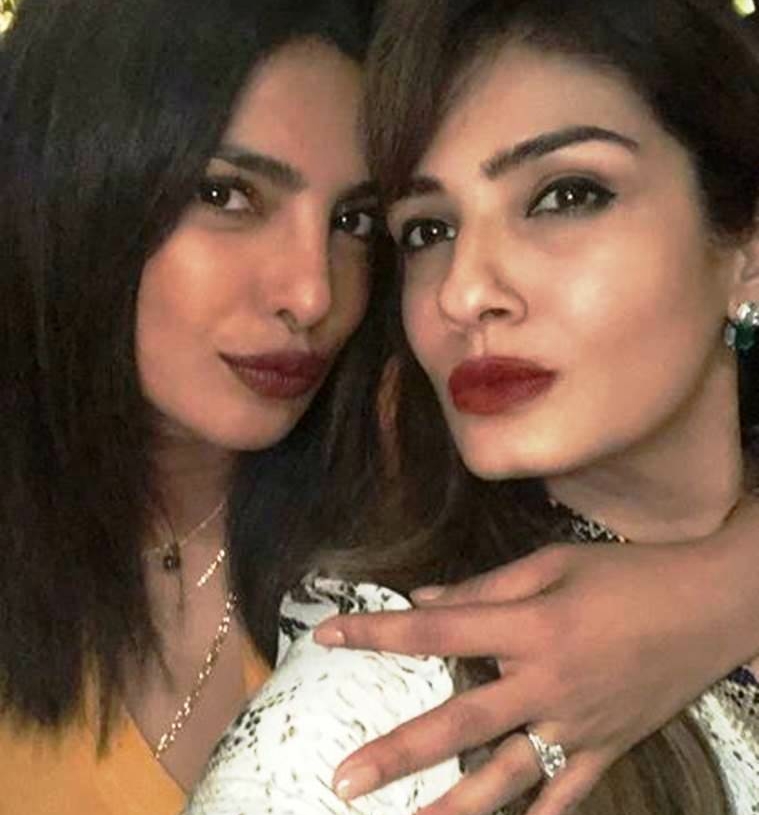 Fans finally got a glimpse of Priyanka Chopra’s engagement ring and we need to thank Raveena Tandon for it. Priyanka attended designer Manish Malhotra’s party and photos from the do were shared by Raveena on her Instagram account.
Sharing a few photos with Priyanka, Raveena wrote, “Peecee and I getting our pouts in order!” In one of the photos, Priyanka is seen flaunting her engagement ring. But not only with Raveena, Priyanka was also seen posing with Sophie Choudry, Karan Johar and others at the bash and her ring was very evident.
Nick Jonas had, reportedly, shut down a Tiffany store in order to buy a ring for his lady love. The two, reportedly, got engaged on the eve of Priyanka’s birthday.
Priyanka was earlier caught taking off her ring from the finger and sliding it in her pocket as paparazzi was waiting for her outside Mumbai airport.
Priyanka Chopra has also been sharing photos and videos from the sets of The Sky Is Pink.
Directed by Shonali Bose, The Sky Is Pink also stars Farhan Akhtar and Zaira Wasim.