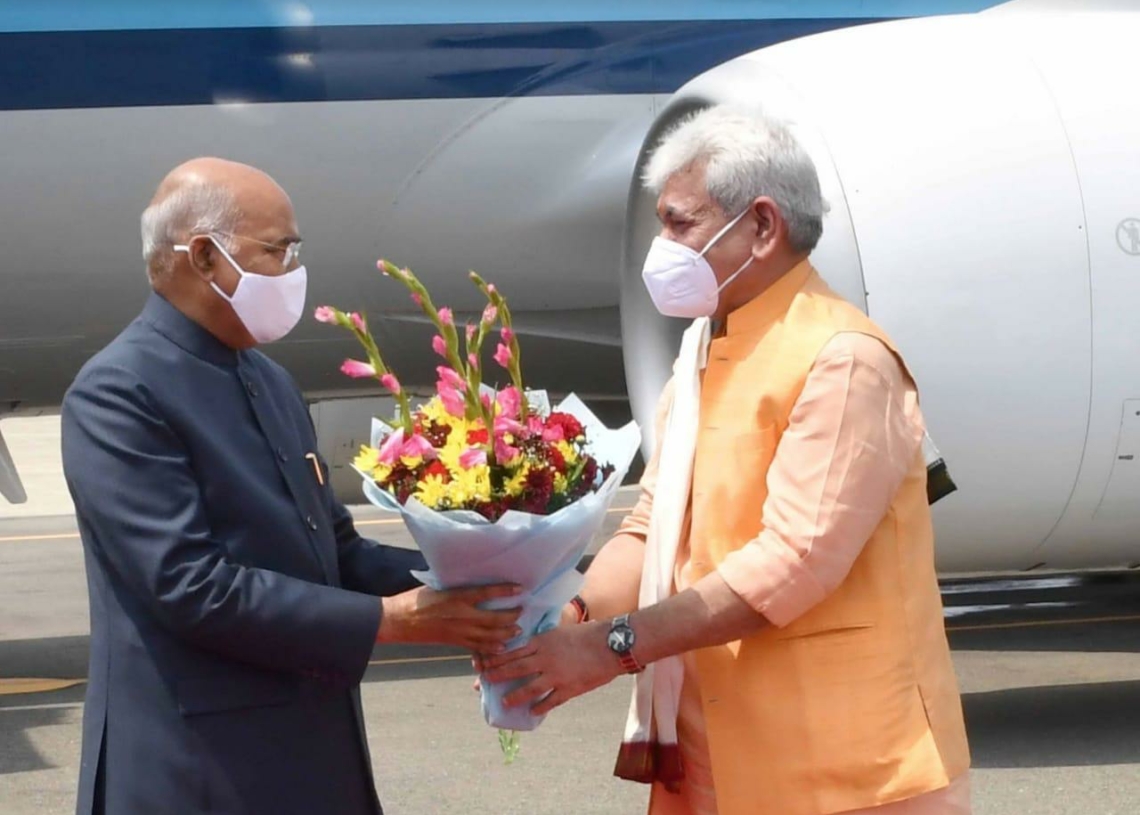 President Ram Nath Kovind arrived in Srinagar on Sunday on a four-day visit to J&K and Ladakh during which he will also attend the 22nd anniversary of Kargil Vijay Diwas.

In Srinagar, the president was received by J&K L-G Manoj Sinha.

The President was accorded a guard of honour as well.

“He will briefly visit the cantonment where he is expected to pay floral tributes to the soldiers martyred in the line of duty,” an official said.

Kovind will then travel to the governor’s house where he will be staying amid the picturesque forest and Zabarwan mountain range. Traffic on Gupkar and Foreshore roads, the two approach roads to Raj Bhawan and the Nehru state guest house on the banks of Dal lake, has been diverted between July 25 and 28 as part of security measures for his visit.

On Monday, the president is scheduled to travel to Drass, subject to fair weather conditions.

“On July 26, 2021, the President will pay homage to the indomitable courage and sacrifice of the Indian Armed Forces during the Kargil conflict in 1999 at the Kargil War Memorial at Dras (Ladakh) on the 22nd Anniversary of the Kargil Vijay Diwas,” Rashtrapati Bhavan said in a statement.

In 2019, the President’s trip to Dras to participate in Kargil Vijay Diwas was cancelled from Srinagar due to bad weather.

On July 27, Kovind will address the 19th annual convocation of the University of Kashmir in Srinagar, the statement said.

Officials said the president is also expected to visit the ski resort of Gulmarg though the details are not fully clear.

“The president will be travelling back on the morning of July 28,” officials said.