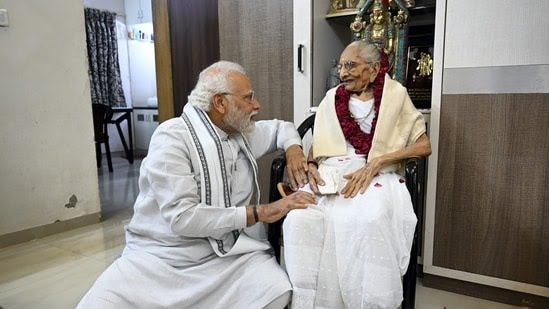 Prime Minister Narendra Modi’s mother, Heeraben Modi, passed away in the early hours of Friday. She was 100 and died days after being hospitalised.

“A glorious century rests at the feet of God… In Maa, I have always felt that trinity, which contains the journey of an ascetic, the symbol of a selfless Karmayogi and a life committed to values,” the Prime Minister wrote on Twitter.

The deceased lived with her youngest son Pankaj, a retired Gujarat government official, at Raysan in Gandhinagar district.