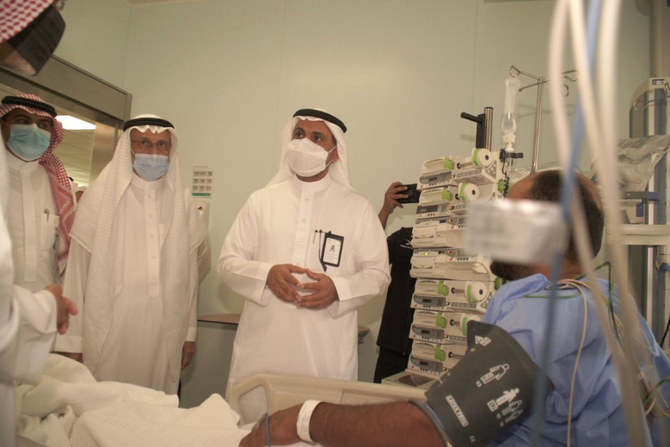 Over 290 pilgrims were admitted to hospitals and one woman gave birth.

Four cases of stroke were also identified through the use of the health ministry’s virtual hospital and more than 740 pilgrims had consultations with healthcare workers through the Sehhaty health app.

In Makkah, Madinah, and the ritual locations for Hajj, Saudi authorities have readied 23 hospitals and 147 clinics with a combined capacity of 4,654 beds, including 1,080 ICU beds.

As the Hajj is taking place in one of the hottest months of the year in Saudi Arabia, there will also be 230 beds set aside for pilgrims suffering from heat exhaustion.

An army of 25,000 health practitioners are on hand to serve worshipers during the annual religious event.