Nirav Modi diverted Rs 4,299 cr to himself, family and firms: ED in court 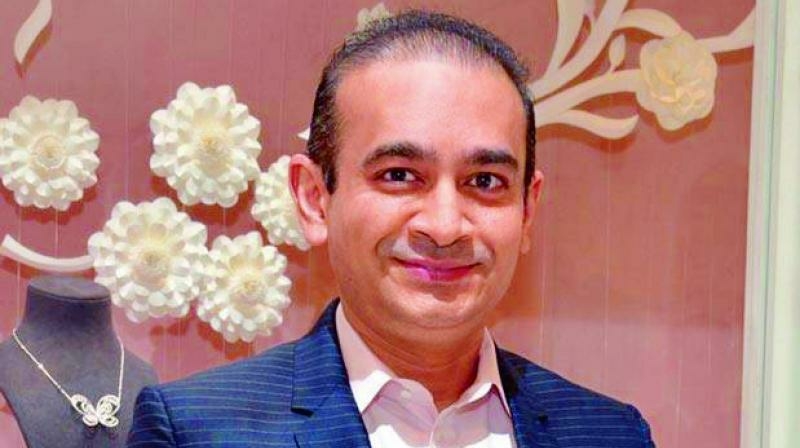 New Delhi: The Enforcement Directorate (ED) on Thursday filed its first charge sheet in the over USD 2 billion PNB fraud case involving diamantaire Nirav Modi and his associates stating that over Rs 4,299 crore of Rs 6,939.84 crore of bank funds were allegedly laundered abroad to dummy companies by him and others.

It alleged that a sum of USD 50 million, out of these monies, was “diverted” to Modi’s father Deepak Modi who is reported to be based in Antwerp in Belgium.

Officials said an about 12,000-page charge sheet or prosecution complaint, with the operative part being about 80 pages, has been filed before a special court here under various sections of the Prevention of Money Laundering Act (PMLA).

“The court will soon take cognisance of the charge sheet,” a senior official said.

A total of 24 accused have been listed in the charge sheet, filed under section 45 of the PMLA, including Nirav Modi, his father, brother Neeshal Modi, sister Purvi Modi, brother-in-law Mayank Mehta and the designer jewellers’ firms–Ms Solar Exports, Stellar Diamonds and Diamonds R Us.

“These firms and Modi’s Firestar group of companies had fraudulently obtained Rs 6,498 crore through Letters of Undertaking (LoUs) issued by the Punjab National Bank, Brady House branch in Mumbai,” the central probe agency said in a statement.

The funds so obtained, it said, by the three were “partly utilised for payment to various overseas companies and also for offsetting earlier LOUs”.

“It was revealed during investigation that the payments were made to 17 overseas entities in Hong Kong, Dubai and the USA since 2011 in the guise of export and import,” the agency said in its charge sheet.

Shyamsunder Wadhwa (Firestar vice president who was arrested by the ED in the case), Aditya Nanavati, Mihir Bhansali (US-based partner of Nirav Modi) and Saju Poulose.

It said the modus operandi of money laundering was to show manufacturing activities in these dummy overseas companies by over-valuing invoices and inflating balance sheets.

al transactions. The jewellery exported from India was dismantled and diamonds and pearls were taken out and the gold and silver was sent for melting,” it said.