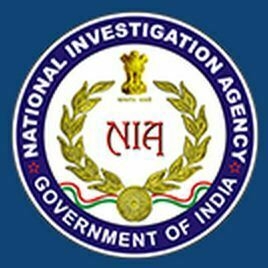 As per reports, NIA conducted raids at several houses including the residential places of militants. The house of top Jaish-e-Muhammad commander Zahid Ahmad Wani in Karimabad Pulwama was also raided Wednesday morning.

NIA also conducted a raid at the house of Sameer Ahmad Dar of Gundibagh Kakapora who was a driver by profession and was arrested during Nagrota encounter. Sameer is the cousin of slain militant Aadil Ahmad, who carried out a deadly suicide attack at Lethpora Pulwama in which 40 CRPF men were killed.

The raids are taking place nearly a month after the NIA started investigating the Nagrota encounter case.

On January 31, three militants were killed and a policeman sustained injures in an encounter after the truck they were travelling in was intercepted by the police at a toll plaza on Jammu-Srinagar national highway.

The driver of the truck transporting three foreign militants which was intercepted by police at Nagrota was identified as Sameer Dar, a resident of Pulwama, the cousin of Pulwama suicide bomber Adil Dar.

Three overground workers of militants including the driver and conductor were arrested.

After the encounter got over a large quantity of arms and ammunition including wireless sets and US made M4 carbine were recovered from the possession of slain militants.