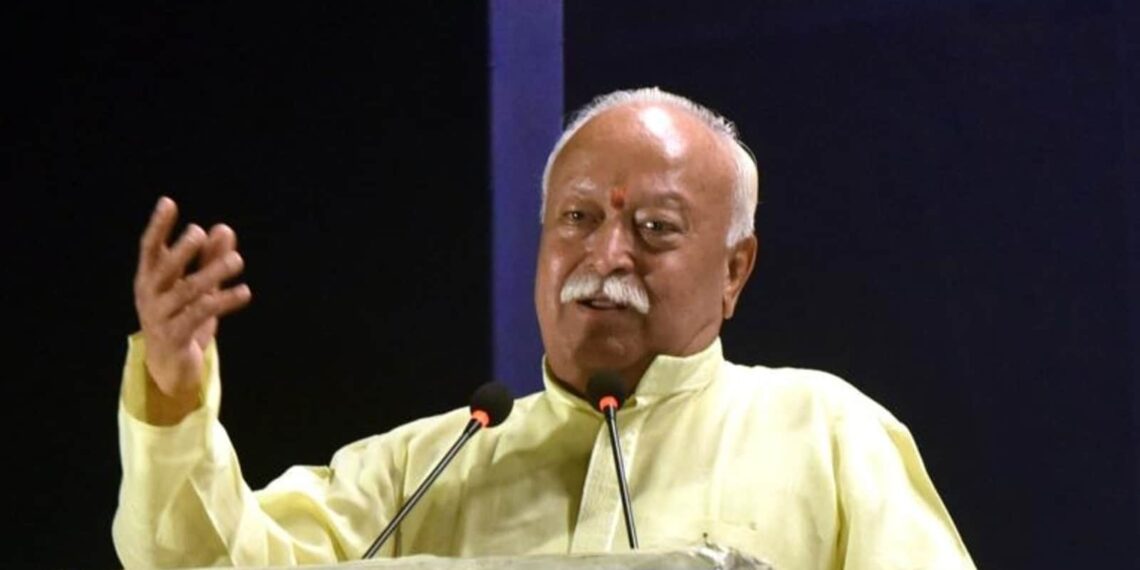 It was described as a “closed door meeting” that last more than an hour.

Last month, Bhagwat met with five Muslim intellectuals and discussed his concerns about the “current atmosphere of disharmony” in the country.

The group sought a meeting weeks after Mr Bhagwat’s statement questioning the need to “look for a Shivling under every mosque”, against the backdrop of a petition requesting Hindu prayers at a shrine within Varanasi’s Gyanvapi mosque complex.

Former Chief Election Commissioner SY Quraishi, who was in the 75-minute meeting, said Mr Bhagwat said even he was worried about the situation in the country. “I’m not happy with the atmosphere of disharmony. It is completely wrong. the country can move ahead only with cooperation and cohesion,” he quoted the RSS chief as saying.

Bhagwat, he said, shared a couple of points that were of particular concern to him. One was cow slaughter, which upsets the Hindus, he said.

“So we said it is banned practically across the country. The Muslims are law abiding and if anyone violates it, it is a huge mistake and there should be punishment,” Quraishi said.

The other was the use of the word “kafir” or non-believers, which “gave the Hindus a bad feeling”.

“We said the originally in Arabic, the word means non-believers. Some people believe in Islam, they are called “Momin”. The non-believers are “kafir”. It was a neutral word and now it has become abusive. We don’t have a problem stopping it,” Quraishi said.

The Muslim leaders made the point “that some right-wing people call Muslims jehadi, and Pakistani”.

“They are suspicious of Muslims’ loyalty and want them to prove their patriotism at every turn. The Muslims are also Indians,” Bhagwat, he said, agreed. “We share the same DNA. The majority of Muslims here are converts,” he quoted the RSS chief as saying in response.