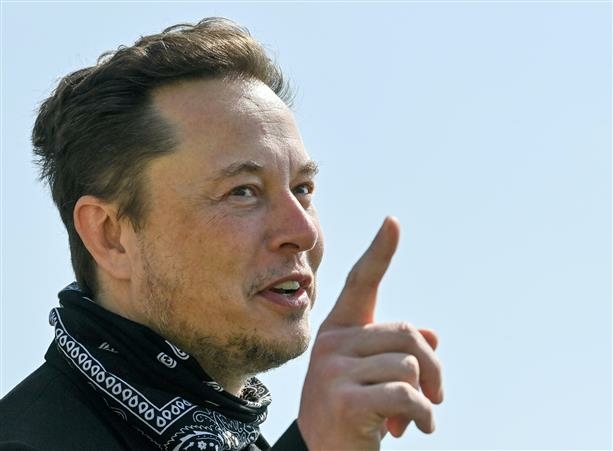 San Francisco: Elon Musk has offloaded Tesla shares worth $1.1 billion, after he was trolled on Twitter for a controversial poll last weekend where he proposed selling 10 per cent of his stock in the electric car-maker.

The new US Securities and Exchange Commission (SEC) filings show that Musk has sold 934,091 of over two million shares of the automaker.

At the company’s current valuation, the shares he sold are worth about $1.1 billion, reports The Verge.

Clearly, two of the costliest tweets in the history of Global Inc – and who else but Elon Musk, the world’s richest man, to have bunged them in.

In a tweet announcing the poll, he had said: “Much is made lately of unrealized gains being a means of tax avoidance, so I propose selling 10 per cent of my Tesla stock

“I will abide by the results of this poll, whichever way it goes.” Nearly 58 per cent of Elon Musk’s followers who participated in his Twitter poll told him to sell 10 per cent of his stock (worth $24 billion) in the electric car company, ostensibly to pay more tax.

Musk posted: “Note, I do not take a cash salary or bonus from anywhere. I only have stock, thus the only way for me to pay taxes personally is to sell stock.” The bloodbath that followed sunk Tesla stock by $200 billion (market capitalisation was $1,211 billion on November 5 end of day and $1,023 bn on Tuesday).

Musk’s own net worth took a $50 billion beating.

He has been a vocal critic of a proposal to tax unrealised gains on publicly traded assets in the US.