Modi’s office in Varanasi put up for sale on OLX, four arrested 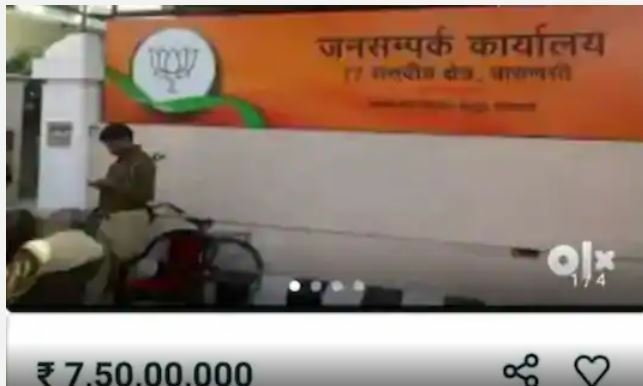 The city police received a complaint about an advertisement on OLX related to the sale of PM’s parliamentary office, located in Jawahar Nagar colony, on December 17.

The police removed the advertisement immediately and began an investigation.In the probe, it was revealed that the advertisement was shared from the OLX account of a man who identified himself as Laxmikant Ojha, reported News18 citing Amit Kumar Pathak, Varanasi SSP.

According to the report, advertisement number ID 1612346492 was posted on OLX under the category of ‘House & Villa’ and was listed as “four bedroom with bathroom, full furnished ready to move” by the seller.

The ad, titled ‘PMO office Varanasi’, further mentioned details like “built up area 6500 sq ft, two-storeyed building North-East facing with car parking”, as per the report.After the initial investigation, the police have arrested four people, including the person who clicked the photo for the advertisement.