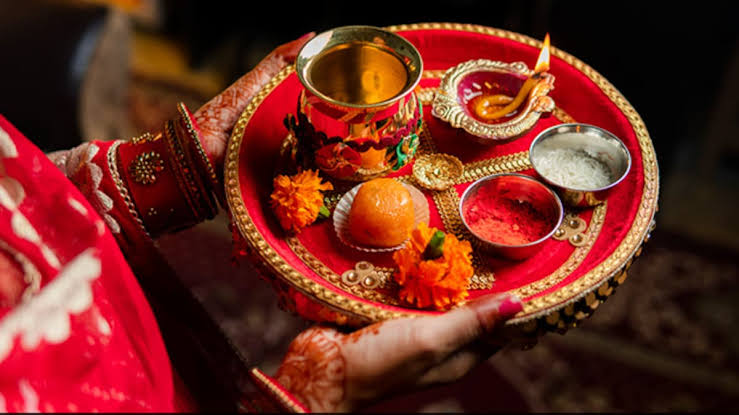 A senior police official said that the accused was identified as Navneet Kumar Singh, a resident of Uttar Pradesh, and 20 thalis (plates) were recovered from him.

An FIR was lodged at the Sadar Bazar police station.

On October 12, one Naresh Kumar Gupta, a resident of Mandawali reported that he came to Sadar Bazar to shop for the Karwa Chauth festival. He bought 20 sets of decorative Karwa Chauth plates and kept them in the MCD parking in a sack, which was later found missing.

A source said that a few more calls were also reported regarding the thefts of Karwa Chauth gift items.

The police examined CCTV footage and detected a biker to be the thief. The accused was finally nabbed within three hours of the incident.

During the interrogation, the accused disclosed that he ran a grocery shop in Noida. He came to purchase articles from the Sadar Market and seeing the decorative Karva Chauth thalis he decided to steal them.

“20 Decorative plates of Karwa Chauth Gift Hamper were recovered from him,” the police said.