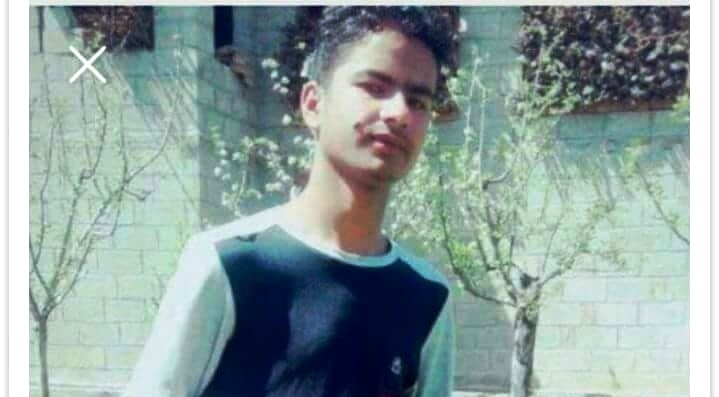 Kulgam, June 21: Zahid was just 14 when he wanted to become a militant. When local militants refused to take him along, he managed a visa last year and reached Pakistan administered Kashmir. On June 6 when Army claimed that it killed three militants who were trying to infiltrate into this part of Kashmir from Machhil Sector, this young boy was one among the slain militants. He was buried in Tanghdar area but his family back in Breharada Yaripora village of South Kashmir’s Kulgam district is continuously protesting from past fortnight, demanding his body should be exhumed and handed over to them.
Today villagers of Zahid’s native place hit to roads and demanded his body be handed over to family. The family members are camping in Kupwara urging upon civil and police administration to return Zahid’s body to them. So far, they have not succeeded in their endeavor.
Two photographs of Zahid Rashid Bhat have gone viral. A lollypop is in the hands of Zahid in one of the photographs while another photograph is of his dead body and in both photographs there is a similar identification mark on the right side of his face.
“He was just 14 when he wished to join militant ranks. All our efforts to persuade him and keep him away from militancy proved futile. He contacted some local militants who advised him to study because he was so young and innocent, fond of confectionaries,” said one of his sisters to news agency CNS.
“We don’t know how he managed a visa for himself and reached other part of Kashmir. We had never expected that he will be the part of militant group and will get killed,” she added.
A local told this Reporter that showing inclination towards militancy at such a young age is unprecedented. “Who would have thought that a young boy fond of lollipops will take to arms? It is only infatuation and nothing else,” he added.
The locals threatened to stir and agitation and block roads if Zahid’s body is not handed over to the family. (CNS)