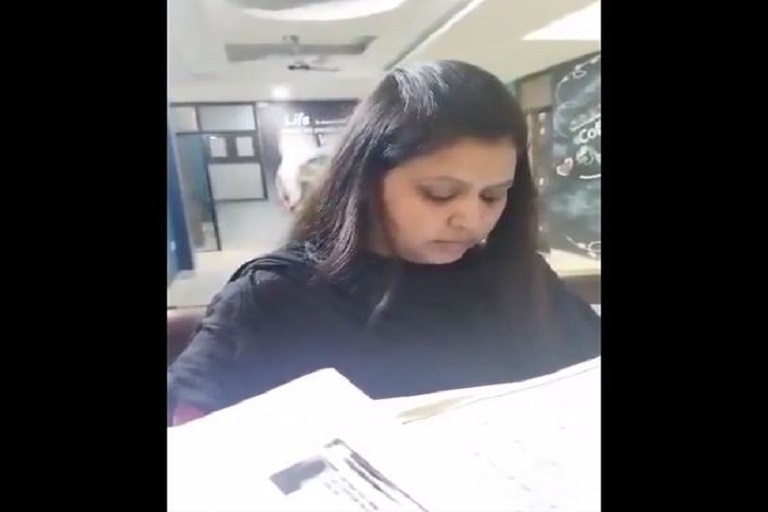 After a viral video showed a man from Kashmir being denied accommodation at a hotel in the national capital, the Delhi Police on Wednesday clarified that it had not directed hotels to cancel reservations made by those from the union territory.

“A purported video is viral on social media wherein a person is being denied hotel reservation due to his J&K ID. Reason for cancellation is being given as direction from police… no such direction has been given… willful misrepresentation can attract penal action,” Delhi Police tweeted on Wednesday night.

In the undated video, a receptionist at a hotel, listed under hotel aggregator Oyo Rooms, refused to allow a Kashmiri man to check-in even after he showed her valid identity proofs. The receptionist claimed that the hotel had been directed by the Delhi Police not to accept reservations made by people from Jammu and Kashmir.

“Some netizens are trying to discredit the image of Delhi Police through willful misrepresentation of the video in circulation which can attract penal action,” the Delhi Police added.

Soon after the video was shared by Nasir Khuehami, National Spokesperson Of Jammu And Kashmir Students’ Association, Oyo Rooms announced that it had delisted the hotel from its platform.

“We are appalled that this happened. We have taken the hotel off our platform immediately,” Oyo Rooms tweeted. “Our rooms and our hearts are open for everyone, always. This is not something that we will compromise on, ever. We will definitely check what compelled the hotel to deny check-in. We thank you for bringing this to our notice.”

Khuehami claimed that the incident was due to the “impact of The Kashmir Files”. “Impact of #KashmirFiles on the ground. Delhi Hotel denies accommodation to Kashmiri man, despite provided id and other documents. Is being a Kashmiri a Crime,” he tweeted.

The Kashmir Files is a film directed by Vivek Agnihotri on the events that led to the exodus of Kashmiri Pandits in the 1990s. The film ran into controversy and was criticised by the Opposition for presenting a one-sided narrative of events. The movie has also been endorsed by a number of Union Ministers and granted tax-free status by almost all BJP-ruled states, with some even granting leave to government employees to watch it.