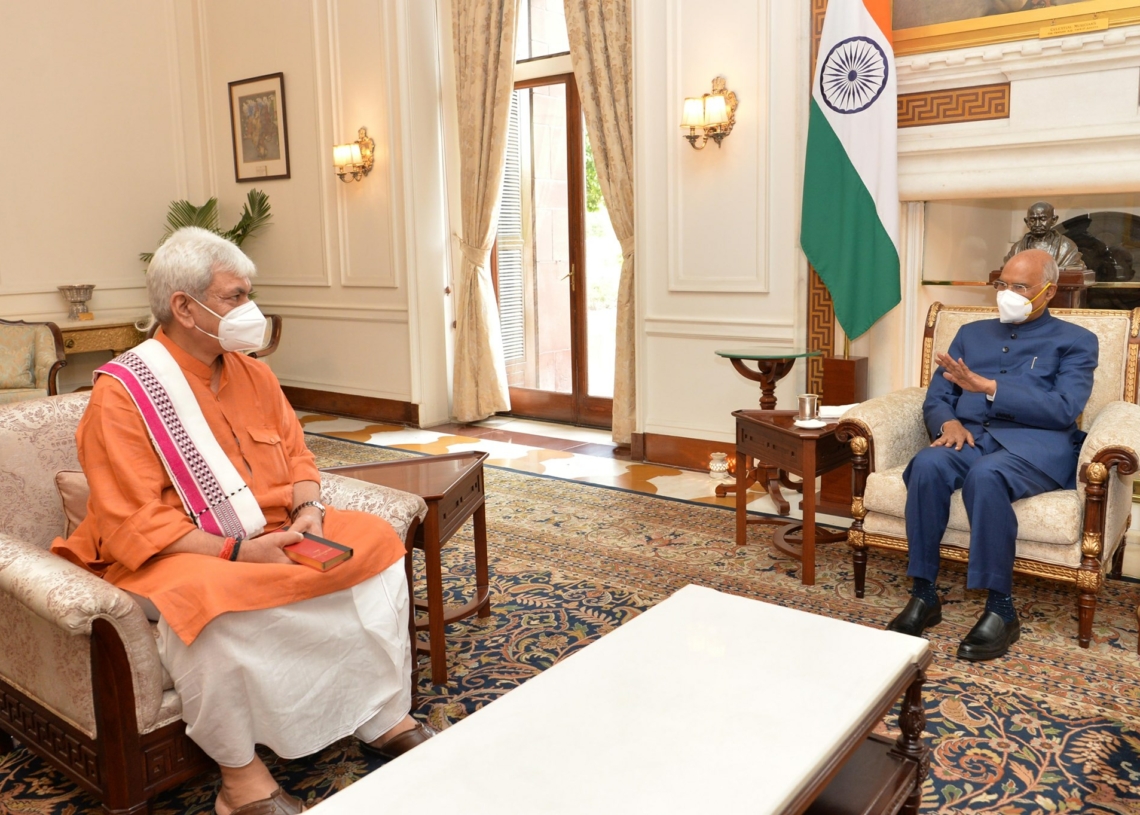 New Delhi: Three days after taking over as the new Lieutenant Governor of Jammu and Kashmir, Manoj Sinha on Monday called on President Ram Nath Kovind and Vice-President M Venkaiah Naidu here.
The meetings were first ones Sinha had with the two after taking charge of the post.
On Friday, Sinha took oath as the second Lieutenant Governor of the Union Territory at the Raj Bhavan in place of GC Murmu, who has been appointed the Comptroller and Auditor General (CAG) of India.
Speaking to reporters after the oath-taking ceremony, the L-G said that his mission is to ensure all-round development and peace in Jammu and Kashmir.
On Thursday, the senior Bharatiya Janata Party leader was appointed Jammu and Kashmir’s L-G.