ISL Special: East Bengal, from an Indian football powerhouse to a passenger bogie

The legendary Kolkata based club face an uncertain future amid internal politics, disgruntled fans, an unhappy new owner and their dismal performances in the ISL. Is there a vision for East Bengal’s long-term future?

by Raman Hariharan
A A 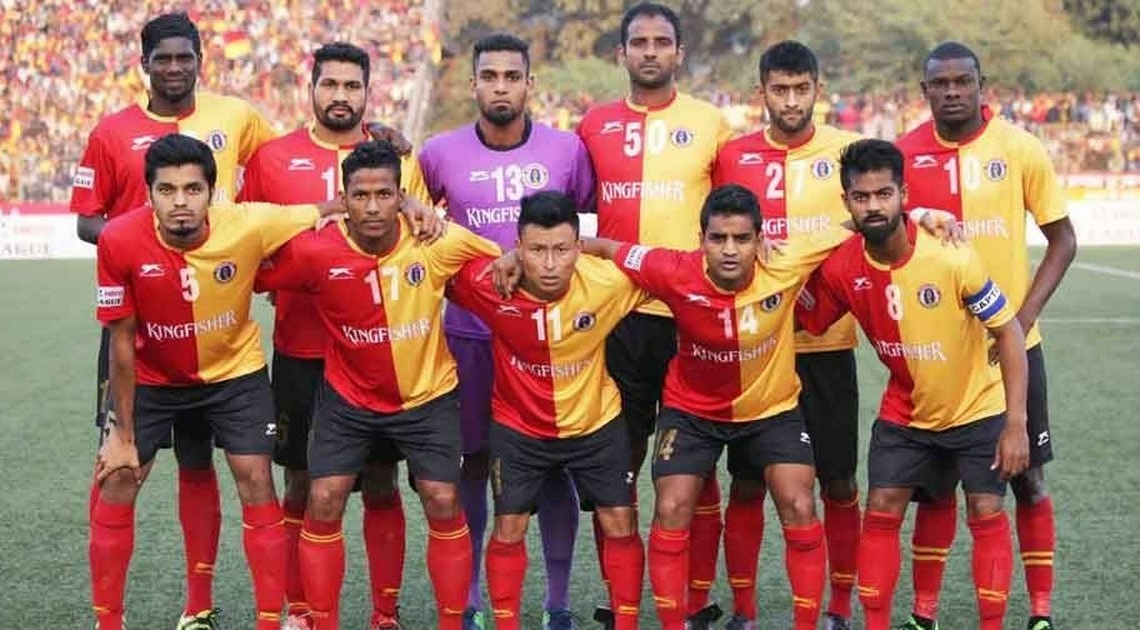 A 5-0 victory over eternal rivals Mohun Bagan in 1975 remains one of the emotionally cherished moments for East Bengal. Such is the emphasis placed on pride, its cultural values and other aspects that the famous football club has become opposed to integrating itself with modern methods.
The thought of an ‘outsider’ running the football club is too alien to accept, despite struggling to bring about reform and on the brink of a collapse. People going along the lines of ‘our way or the highway’ fail to realise East Bengal is a car without fuel, stuck on the crossroads of whether to modernise or stick with their values.
Financially troubled, culturally disconnected and on the brink of a collapse, East Bengal is a club that has become impotent on and off the pitch. There could be consequences if the impasse between fans and a new style of management continues, as the near 100-year-old club have been living dangerously on edge, as a fall from the grace looks imminent.

Here we take a look at East Bengal in its present avatar, basking in the emotion that may be outdated in the current football climate in India.

Legendary? East Bengal are a mere passenger bogie in the ISL train

Despite widespread criticism from their fans, Mohun Bagan chose the modern way to allow a prospective new owner/investor to take majority control and implement a franchise model. It enabled them to integrate with the newly formed Indian Super League model and compete with some freshly created, cash-rich clubs.

While Bagan continue to thrive in the new environment and continues to achieve on-field success, East Bengal has struggled to stay relevant in Indian Football by competing in the I-League. The national competition continued to operate under the shadow of the more glamorous franchise model. It took a seventh season for East Bengal to enter the fray of the ISL.
Finishing third from bottom in their first season was not inspiring enough for the legendary club; East Bengal has struggled thoroughly this term, failing to win any of their seven games so far, with their latest clash with Northeast United ending in a dismal 2-0 defeat. Pinned at the bottom of the ISL charts, the team are carrying on the tag of being the extra, odd eleventh team in the league, living up their perception as the passenger bogie.

Investment and a lack of trust threatens a derail
Playing in the ISL requires a deep financial commitment from teams. Since the tournament was formed 8-years ago, the regulars have often found the money coming through owners, investments and sponsors. For Mohun Bagan, the model seemed to have worked so far, winning three of the eight titles to date. As for East Bengal, it’s a different ball game, one that has created a wall between the fans and the ownership.

Shree Cements, who are finally on board after threatening to pull out at the very last moment, have invested considerably in the club following their entry into the ISL last season. The intervention of West Bengal Chief Minister Mamata Banerjee led to an agreement between the current owners and club members. The deal went into limbo when the club management refused to cede Sporting Rights to Shree Cement despite handing over property and intellectual rights, which allowed the new owners to change the name to SC East Bengal.

The claims made by senior club officials pointed at disagreements over terms put out by Shree Cement. The big problem was moving out a traditional style, as the new ownership gave 76% of the club to the new investor. The idea of handing majority control of the organisation to an ‘outsider’ entity spooked fans and club officials alike. A simple quote from Club General secretary Kalyan Majumdar back in July to Money Control summed up the problem in brief.
He had said, “I want help from anyone and everyone, we are being pushed to the wall by our owner who is demanding the moon,”

The listed company have invested around ₹55 crores into the club in their first year into the ISL. It may seem a lot, but a mere drop in the ocean in the club’s long-term future. Shree Cement endured losses since pumping that money as East Bengal endured a difficult season without fans or much money incoming. Covid rules may be to blame for the outcome, as the club lost out on gate receipts nearly worth ₹10 crores last season.
They were prepared to commit for the long-term future, and despite problems before the current season, Mamata Banarjee’s intervention keeps Shree Cement on board as well as the Club officials, but for how long? The impasse and discontent with the modern methods continue to hamper the club, and if it continues, Shree Cement might leave the club for good and demand its cashback. How will East Bengal repay then?

Club’s valuation vs the harsh reality?

“If East Bengal club is up for sale, then the tender paper would be worth Rs 2,000 crore. East Bengal has not pawned its prestige. The club is not for carpetbaggers.”
The above was a quote from top club official Debabrata Sarkar back in July, who continues to stand against the ideas brought in by Shree cement. From the above statement, one thing is clear: the club’s value.
It may sound staggering on paper, but East Bengal is the most popular club in the whole of Asia when it comes to fan base. Around 45 million people follow the team one way or another, and yet it’s not the biggest club in India right now.
As Sarkar said, they will not sell the club’s prestige cheaply, although an entity like Shree Cement are their best bet in the current market. In the scenario they asked for their money back after washing their hands of the club,
East Bengal is surely not in a position to pay them back. The team’s current Reality highlights the whole Prestige vs Cash debate, as they have plenty of the former but barely anything of the latter.

” We came here after the CM invited us. We are not here to profit. We were here for the love of football. We never came for this situation and earned a bad name.” Said an official from Shree Cement during the ongoing fracas.

Gone are those days for the Kolkata based club to find someone who will outright pay up the kind of money quoted by Sarkar and still expect those in charge of the club to run things. Sure, new business owners in sports these days want to control their investment, and nobody is going to come on board without the guarantees to do so.
Being an east Bengal fan, one may feel the 76% stake handed to Shree Cement might seem like handing over the club to strangers, who want to bring about changes, no one is prepared to embrace. However, the Reality is the company are prepared to spend what it takes to make the Kolkata club a top team in the country.
It’s always easy to say words about booting the owner out of the club, although East Bengal will find it hard to bring money into the club. When the whole impasse was ongoing earlier this year, the club was on the verge of being banned from making transfers due to their inability to pay the salaries of several players.
With lofty looking ambitions, the club does not have the funds even to start off, let alone dream of becoming a self-driven entity in football.

Time to focus on football and come together for success.

“Can we stop this routine bickering and get back to football. The game must go on, I really do not know what is there in the agreement that is causing such a crisis,” wrote former East Bengal defender Manoranjan Bhattacharya in Sangbad Pratidin, a top Bengali language daily.
A club with disgruntled fans never achieves any degree of success on the field. East Bengal, currently divided by issues of prestige, cash and ownership, will remain on the periphery of Indian Football until they resolve their issues and come to a long-term solution.
Prestige, history and emotion are part of the game, although to survive modern times and achieve success on the pitch, an influx of cash and near new management becomes necessary. With Shree Cement on board and their ability to pump money into the club, they could only be on the right path if the fans and club officials came on board with the idea.

In the previously mentioned scenario of Shree Cement walking away, they will certainly want back their cash, and East Bengal is in no position to pay even a part of it. The relationship might only be hanging by a thread named Mamata Banerjee; the question here is, will it hold until the season ends?
The real ambitions were reflected by the appointment of manager Robbie Fowler, who might have taken the club forward if not for the off-field problems. Those issues have hit the team hard in their current standing, as East Bengal languish at the bottom of the ISL table, with no future insight.
While the season is still relatively young, it should be time to focus on football and come on board with a modern style. East Bengal fans are different from the rest, they like emotion, prestige and past glory, but old stories only last for long, as it’s time to create new tales.
East Bengal needs to prove its worth more than money, prestige, and emotional baggage by being a success on the pitch and should start winning the ISL rather than being the passenger bogie team.

Oldest person in China dies: Check out his age