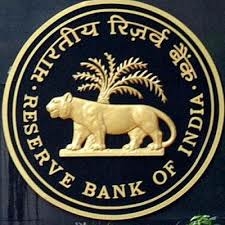 Mumbai: The Monetary Policy Committee (MPC) of the Reserve Bank of India has cited possible risks of inflation in the second half of the year as one of the key drivers for raising interest rates in August, according to minutes of the meeting released on Thursday.
In the last MPC meeting held on August 1, five out of the six members voted for a 25 basis points increase in the Repo rate to 6.50 per cent and for retaining the Reserve Bank of India’s neutral policy stance amid various uncertainties on the growth and inflation fronts.
RBI Governor Urjit Patel said, “As inflation risks have continued to be elevated, I vote for an increase in the policy repo rate by 25 basis points; this action is a necessary step towards securing the mandated 4 per cent inflation target on a durable basis. However, in view of several uncertainties that are present, I maintain the neutral stance of monetary policy.” Going forward, excluding the HRA impact, CPI inflation is projected at 4.7-4.8 per cent in H2:2018-19; and 5 per cent in Q1:2019-20. These projections include the impact of an increase in minimum support prices (MSPs) for kharif crops announced by the Central government over what was already assumed in projections in the June policy
According to Viral Acharya, Deputy Governor, RBI, the rate hike of June followed by another rate hike will help rein in demand pressures and manage inflation expectations. “However, this transmission will occur with a lag. Since that is somewhat far and there is an important interim uncertainty in the form of tariff wars which can rock global growth, financial markets and inflation in abrupt and unexpected ways, I vote to retain the neutral stance of monetary policy,” Acharya said.
“My preference is to reinforce the policy action that commenced in June with another policy rate increase now and to allow the accumulated policy impulse to work its way through the economy, while vigil is maintained on the expected rising path of inflation going forward,” said Michael Patra, Executive Director, RBI. The softer inflation prints expected in Q2 could likely lull inflation expectations, but abundant precaution and decisiveness in quelling risks to the target is warranted if the hardearned gains in terms of macroeconomic stability and credibility have to be preserved, Patra said.
MPC member Ravindra Dholakia said real policy rate is already positive and very high compared to most other countries. “This is certainly not the time and environment to hike the policy rate …,” Dholakia said.