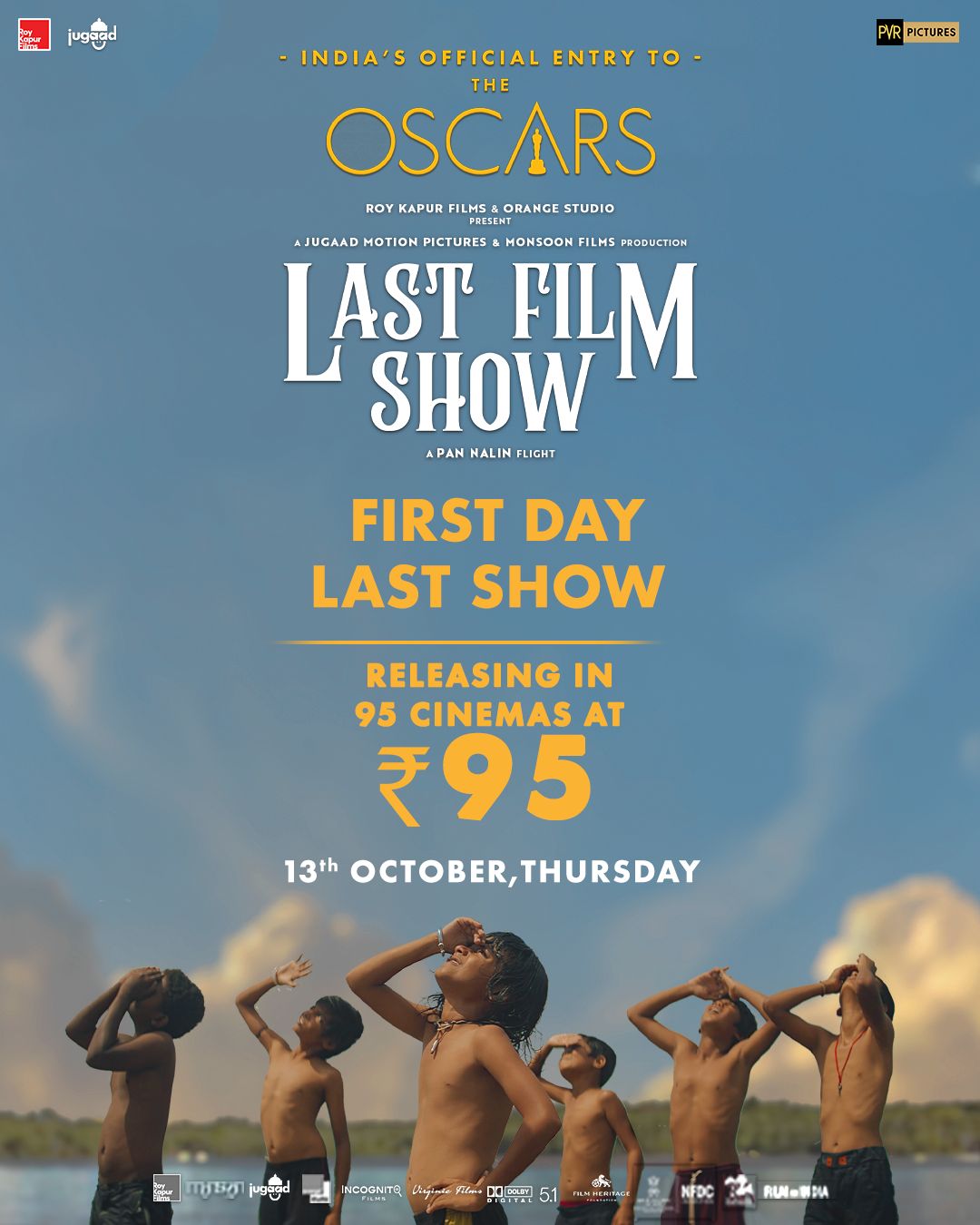 Excitement is at a peak for the theatrical release of Last Film Show (Chhello Show), India’s Official Entry to the Oscars.

Celebrating the magic of cinema, and considering the massive buzz around the title, the makers of Last Film Show (Chhello Show) are releasing the film on the LAST SHOWS of THURSDAY, 13th October.

While the Gujarati-language coming-of-age drama was set to release theatrically across India on Friday (14th October), audiences can now catch it in advance on Thursday night itself.

That’s not all. In keeping with its selection for the 95th Academy Awards, Last Film Show will now open across 95 cinemas at a ticket price of Rs. 95!

This is a welcome initiative by the makers to bring LAST FILM SHOW (Chhello Show) to the widest possible audience at an affordable price, all a day in advance.

Sharing the news, director Pan Nalin said, “There has been immense excitement among fans for our film Last Film Show (Chhello Show) and we are all too happy to release it on the ‘Last Show’ of Thursday. Also, what better way to celebrate its selection at the 95th Oscars than by releasing it in 95 cinemas at a wonderful price of Rs. 95!”

Producers Siddharth Roy Kapur of Roy Kapur Films and Dheer Momaya of Jugaad Motion Pictures jointly said, “We are thrilled that our film Last Film Show (Chhello Show) is finally reaching its appropriate destination—the cinematic big screen. With our exhibitors on board, we are releasing the film in the final shows of Thursday across 95 cinemas at a Rs. 95 ticket price. This is our humble way of honouring the love and excitement audiences across India have shown for our film. See you at the movies!”

Last Film Show is produced by Roy Kapur Films, Jugaad Motion Pictures, Monsoon Films and Chhello Show LLP. Roy Kapur Films in partnership with PVR is distributing the film in India. The film will be released by Samuel Goldwyn Films in the USA and by Orange Studio in France. Shochiku Studios and Medusa are bringing the film to Japanese and Italian cinemas respectively.