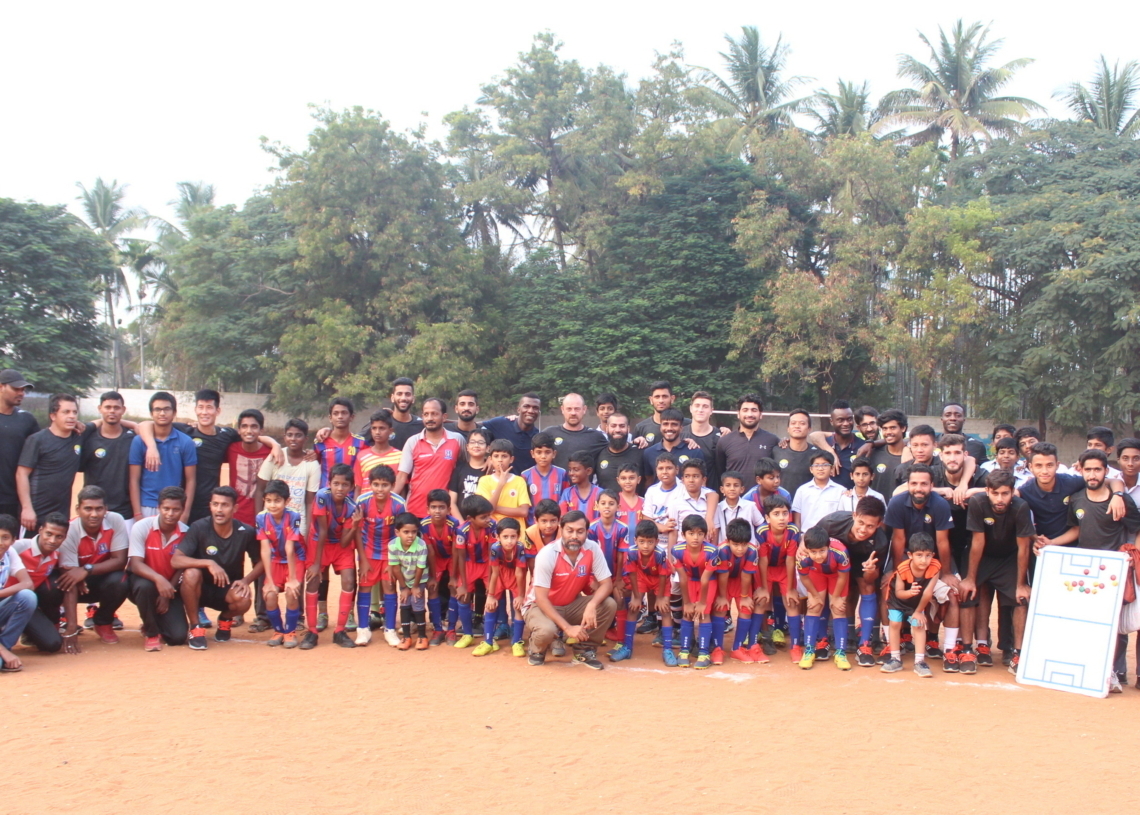 The team is on an I-League tour to Tamil Nadu, where it will face unbeaten Chennai City FC on Saturday.

Scores of the football fans, predominantly school children, from the nearby Chinmaya Vidyalaya Matric Higher Secondary School rushed towards the ground after noticing RKFC players practicing in their official jersey.

While the school hours were already over, many heading towards their home returned to the school premises in their favourite team jersey.

“Coimbatore city devotedly loves to play and watch football. We couldn’t stop ourselves after spotting players including some foreigners. We want to learn some technicalities from them,” said Bala, a student of ninth class leading a group of students.

Head Coach RKFC, David Robertson, held a detailed session with his players for nearly an hour.

The team interacted with the locals and children who were wearing colourful uniforms.

Many players including Aaron Katebe, Gnohere Krizo, and Bazie Armand interacted with the children and shared some lighter moments with them.

A group of the children were taught some basic of the game by the experienced players.

“We are highly thankful to the team for visiting the school. It will encourage our children to develop an interest in sports and follow their lifestyle like an idol,” a teacher who was lining up students said.

Many school children came up with their notebooks to get autographs and click selfies with the footballers.

The teaching staff later thanked the team particularly state’s ace footballer, Dharamraj Ravanan, for sharing his experience with them.