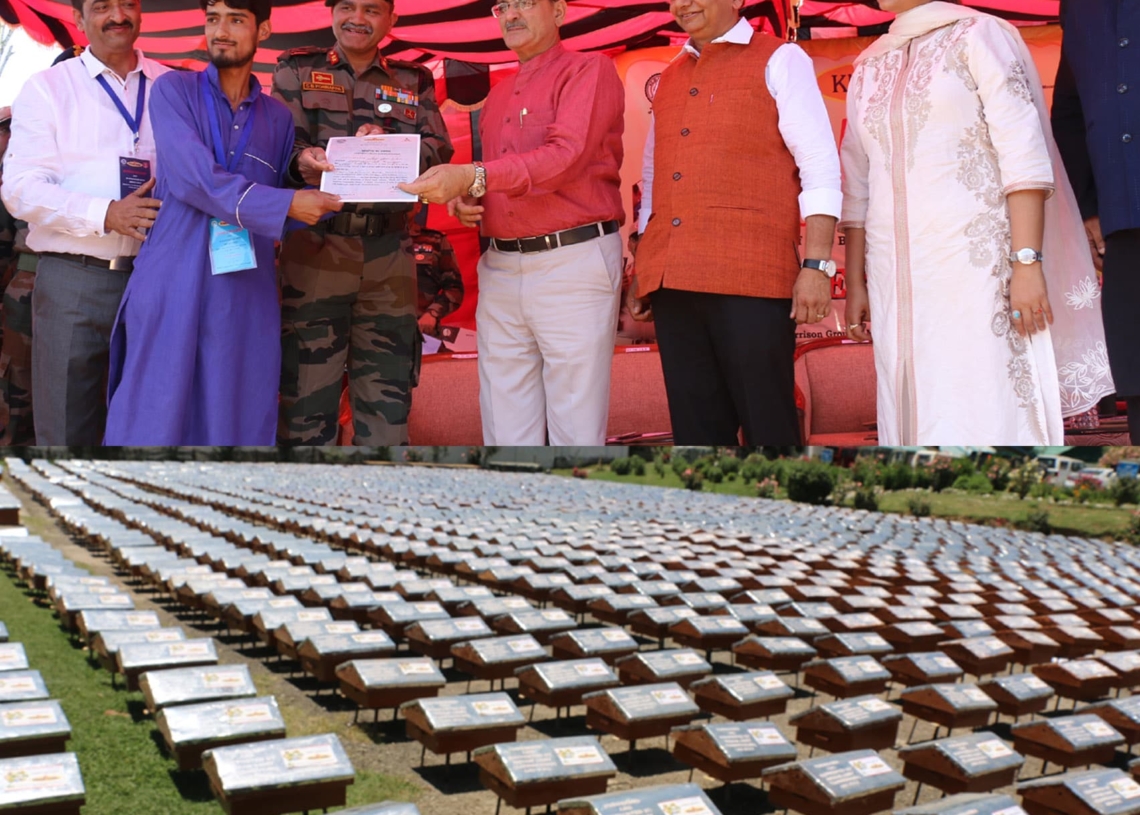 KUPWARA, JUNE 12: Deputy Chief Minister Kavinder Gupta Tuesday said that apiary (beekeeping) sector has the potential to generate huge employment avenues for the youth of the state and the government has imitated various steps in this regard to provide the requisite fillip to the sector.
The Deputy Chief Minister made these remarks while addressing a function organized by Khadi and Village Industries Commission (KVIC) here today.
Gupta, who was the chief guest on the occasion, said that the KVIC’s programmes could generate thousands of jobs in the valley, through Prime Minister’s ‘Make in India’ mission.
“This Honey Mission of KVIC will certainly script a new chapter of development in Jammu and Kashmir,” he said.
During the function, KVIC distributed 2330 bee-boxes in a single day, beating its previous best of 1000 bee-boxes, among 233 beneficiaries in association with Army’s Sadbhawna Programme in Kaziranga forest area among Mishing tribe.
The initiative was taken under the guidance of KVIC Member North Zone Dr. Hina Shafi Bhat.
Legislator: Bashir Ahmad Dar, Yawar Dilawar Mir, GOC Vajra Division Kupwara Major General C. B Ponappa, DC Kupwara and other concerned officers and large number beekeepers were present on the occasion.
KVIC Chairman Vinai Kumar Saxena, in his address, said that KVIC’s ‘Honey Mission’ is aimed to fulfill the call of Prime Minister Narendra Modi for ‘Sweet Revolution’.
The KVIC made an action plan named ‘Honey Mission’ – with a target to distribute 1.3 lakh bee-boxes before November 2018 across the nation— in which so far 27,000 bee-boxes have already been distributed, he added.
“As KVIC is also the nodal agency of Prime Minister Employment Generation Programme (PMEGP), we will provide loans for setting up units of processing, bottling, packaging and labeling units for the honey,” Saxena said.
KVIC Member Dr Hina said that the programme was aimed to fulfill the mission of the Prime Minister, to provide jobs to the unemployed youths at their doorsteps.
Later, the Deputy Chief Minister also distributed certificates to trained bee-keepers.