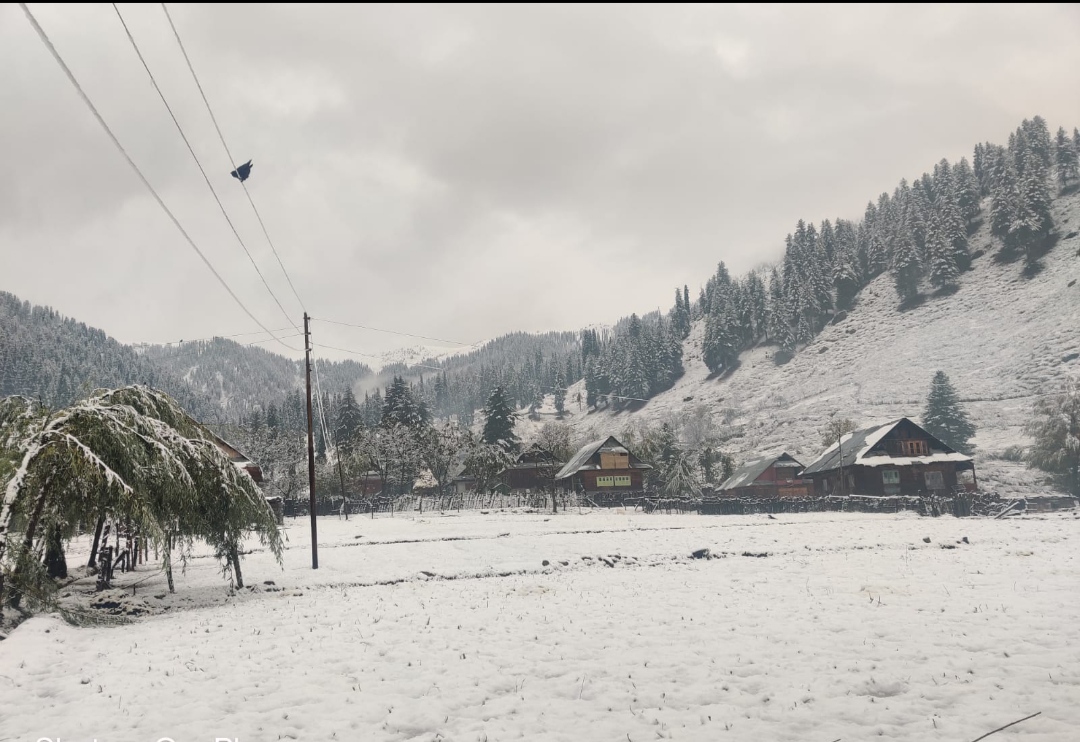 Srinagar, Oct 20 : The higher reaches of Jammu and Kashmir received fresh snowfall on Thursday while the rains lashed the plains, bringing the mercury further down in the Valley.

The famous skiing destination Gulmarg received fresh snowfall, an official in the Meteorological department said, adding, there were reports of snowfall in some other areas in the higher reaches of the valley.

Most areas in the plains of the valley including Srinagar were lashed by rains.

Meanwhile, the fresh snowfall lead to the closure of several roads including Sadhna Top, connecting border town of Tangdhar and other far-flung and remote areas, Kupwara and Gurez.

An official at Meteorological Department said that as per the forecast, the higher reaches witnessed moderate snowfall from Wednesday late night and continued till Thursday morning.

“We are expecting improvement in prevailing weather conditions from tomorrow onward while there is no forecast of any major snowfall for the next one week to 10 days in J&K and Ladakh,” he said—(KNO)