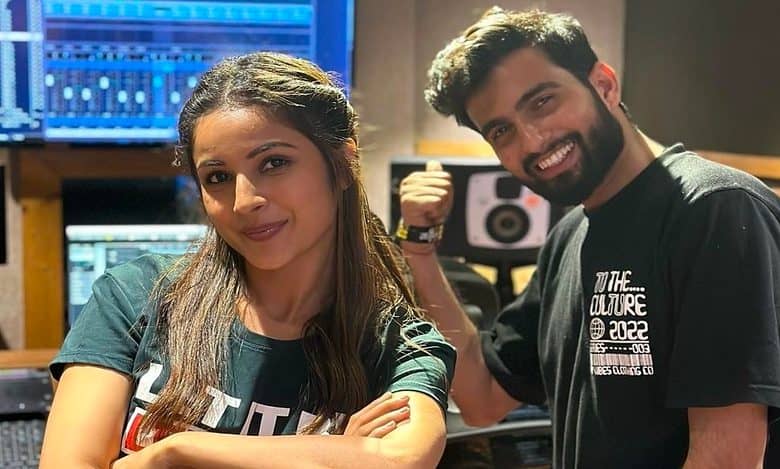 Mumbai: Shehnaaz Gill has announced her latest song ‘Ghani Syaani’ with the ‘Hustle 2.0’ winner Abhishek Baisla, who is better known by his stage name MC Square. She has shared the poster with the rapper on her Instagram handle.

In the poster, the ex-‘Bigg Boss 13’ contestant Shehnaaz is looking gorgeous in her shimmery dress while MC Square looks great in a white shirt teamed with brown pants and glasses. Shehnaaz, who often keeps sharing videos while singing different tracks, wrote in the caption: “Ye raha first poster (Here is the poster) of our upcoming song Ghani Syaani with MC Square.”

Twenty-three-year-old rapper MC Square recently bagged the trophy of ‘Hustle 2.0’. In an interview with IANS, he said: “My journey on the show is the most beautiful part so just gonna make sure that it becomes more and more beautiful. In the future too, I am going to focus more on my craft and drop a lot of music for my people.”

‘Ghani Syaani’ is all set to release on December 5. The music is given by Rajat Nagpal and it is directed by Azeem Mann and Agam Mann.