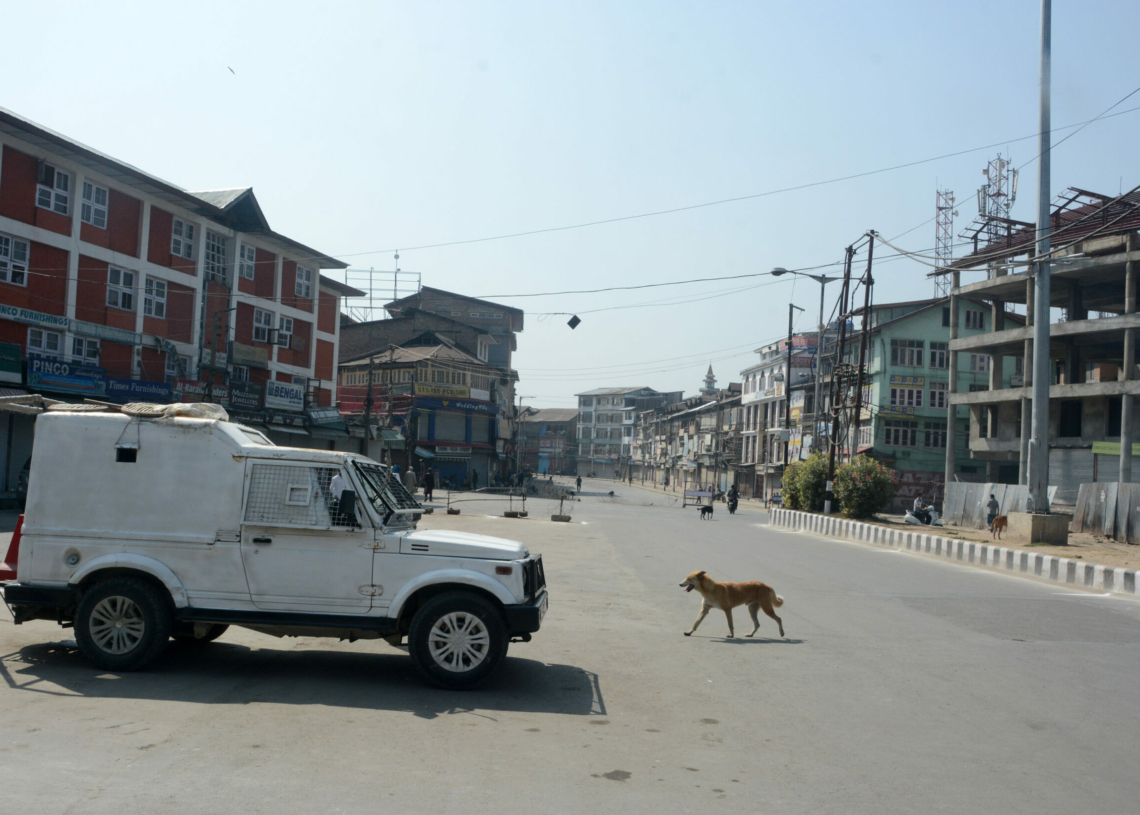 Srinagar: Situation remained peaceful across the Kashmir valley even as Hurriyat chairman Syed Ali Shah Geelani was laid to rest near his Hyderpora residence in the wee hours of Thursday.

Tight security arrangements were made across the valley to prevent any untoward incident.  Curfew-like restrictions were imposed, while the mobile internet was partially suspended as a precautionary measure.

After reviewing the security situation, the authorities restored the BSNL broadband services across the valley. BSNL mobile calling service is also functioning normally along with fixed lines.

Later in the afternoon, security forces eased the restrictions. Forces removed the barricades from the roads to facilitate pedestrian movement.

Police and security forces were seen assisting the guests who had to attend marriage parties. Wazas (chefs) movement was also facilitated so that marriage functions are not cancelled.

Corner shops reopened in different areas in the afternoon. Private transport also hit the roads after forces removed concertina wires from important junctions. Even auto-rickshaws started plying in the afternoon in some areas of Srinagar. Petrol pumps and gas stations also functioned normally in most of the areas.

Flight operation at the Srinagar airport was also normal. Roads leading to the airport were open despite the fact that it is in close proximity to Geelani’s residence.

Security forces were deployed in strength to maintain order. Senior officers of police and paramilitary forces were on the ground since last night to monitor the situation.

Earlier, Geelani was laid to rest at the Hyderpora graveyard. Close relatives and friends were allowed to participate in his last rites. Sources said a big congregation was not allowed due to the COVID situation.

The 92-year-old leader passed away on Wednesday evening after a prolonged illness. The veteran leader was not keeping well for a long time.

Till Thursday afternoon there were no reports of any untoward incident taking place anywhere in the Kashmir valley.

“The situation is peaceful and people are cooperating with the administration. Life shall return to normal quickly, we are working towards it. We have taken enough precautions but we are not leaving anything to chance. Today’s peaceful atmosphere has given us enough confidence. We are in control”, a senior officer told The Kashmir Monitor.