From Central America to Kathua: `Dragon fruit’ debuts in Jammu and Kashmir 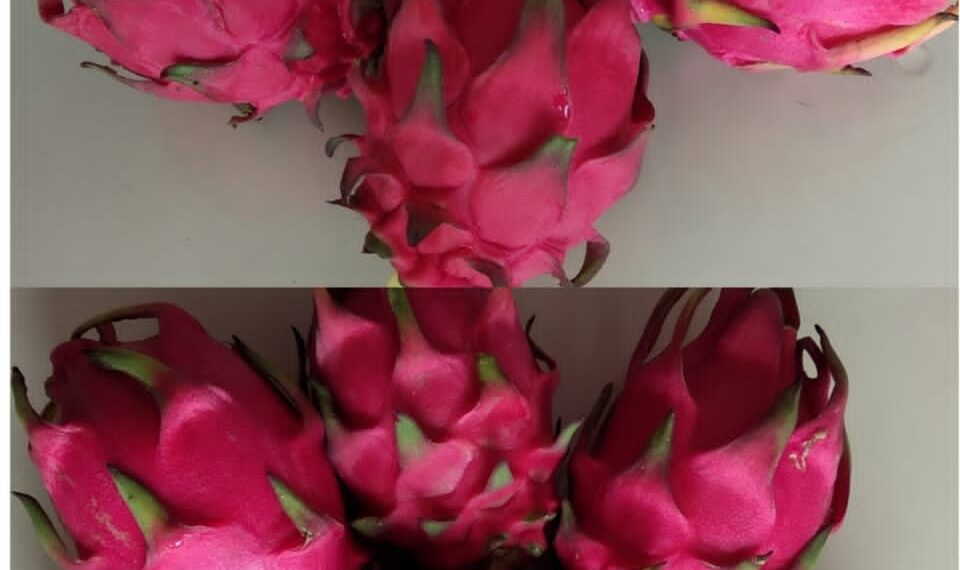 Srinagar:  Exotic dragon fruit has made a debut in Jammu and Kashmir.

Jammu, Kathua, and Samba districts have been selected in the first phase for dragon fruit cultivation.

Known as `Pitaya’, a native of Central America, many growers have taken up dragon fruit cultivation which has a very high demand in the market.

Even the horticulture department of the region has now embarked on the mission to motivate the framers to grow dragon fruit on a massive scale.

“It has started in last one year and we are witnessing very encouraging results. Currently, three districts of the Jammu division grow dragon fruit. Farmers are trying this crop for good returns,”  Director Horticulture Jammu, Ram Sevak told The Kashmir Monitor.

He said that the fruit which is mostly grown in the tropical regions can change the Jammu region into a horticulture powerhouse.

“Currently, we have at least 4 -5 gardens in each district. One hectare of horticulture land can have 1100 pillars and each pillar can grow at least four plants. During the season a hectare can produce 2000 kgs of dragon fruit which means at least Rs 40 lakh to a farmer,” Sevak said.

The administration is now planning to bring the dragon fruit in its high-density policy to increase its production.

“The committee for modified high-density plantation. Dragon fruit has also been included in it. We can ensure drip irrigation and other facilities to the growers under this policy so that its production is doubled in coming years,” Sevak said.

He said the department is persuading the growers to grow dragon fruit on a mass scale. “We are now urging farmers to grow this crop and get technical guidance from the department,” he said.

Farmers too are forthcoming and responding positively. “Though the cultivation is not at a massive scale, gradually farmers will build pillars to grow dragon fruit. We are hopeful that more farmers will come forward and grow this highly exotic fruit,” said Sameer, a  farmer from Kathua.