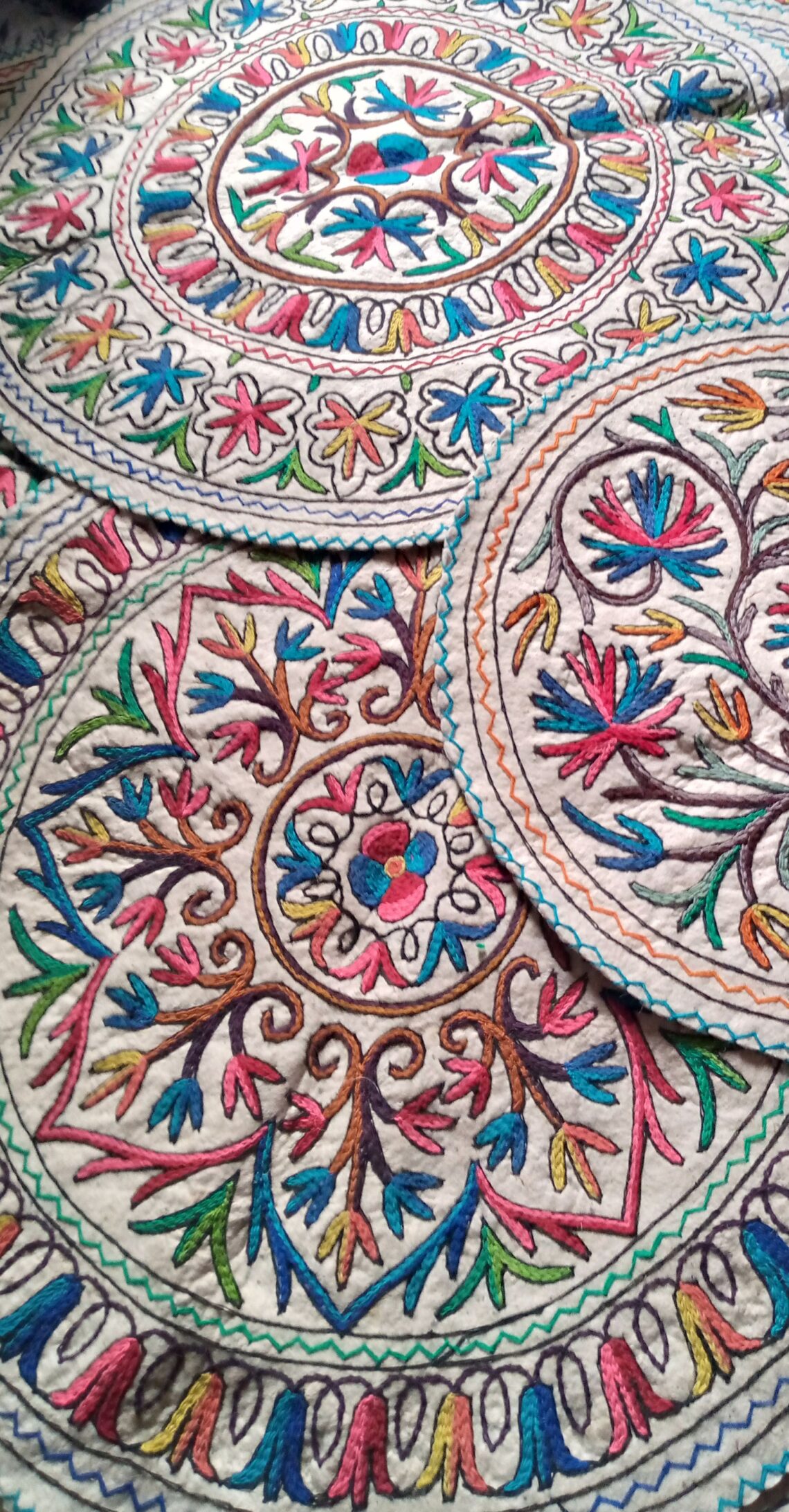 Srinagar: There was a time when Kashmir valley’s ‘namda’ was in big demand in the winter months but craftsman Ghulam Nabi Malik and other artisans don’t have much work to do these days.

Malik says the winter months were now ‘off season’ for them as namdas were only brought by the tourists in the summers and there was hardly any demand from the locals.

“Now, winter is the off-season for us and summer is the peak season. The days are gone when we would hardly get a chance to breathe at this time of the year as every household in Kashmir would have namdas at home. Now, locals do not use namdas anymore. It is only brought by tourists during the summer months and that is the time when we see customers,” Malik told The Kashmir Monitor.

Malik, who has a unit of ‘Namda Ari’ work at Arampora, Nawakadal area of the old city, said tourists mostly brought the round namdas used for decoration and the traditional ones did not have much demand.

“Tourists prefer the small and round namdas that are used for decoration on walls or in the middle of a room or hall. The traditional namdas are not sold like before as nobody likes to use them instead of modern machine made rugs,” he said.

Malik said he had learnt the craft from his father and has been associated with the business for over 30 years now.

To revive the former glory of namdas, Maliks’s unit has now been included in the Amdakadal edition of the Craft Safari. The safaris to different parts of the city were started last year after Srinagar made it to the coveted list of the United Nations Educational, Scientific & Cultural Organisation (UNESCO) in Crafts and Folk Arts Category for the year 2021. As part of the safari, the Handicrafts Department has identified several artisans and clusters in the old Srinagar city.

An official of the Handicrafts and Handlooms Department said the Malik family did ari work and also prepared the base of namdas.

“Ghulam Nabi Malik hails from a family that has been associated with the craft for a long time now. He started his journey 30 years ago and learnt the skill from his father. He not only does the aari work on namda, which adorns it with various colors and designs but also prepares the base of the same,” the official said.