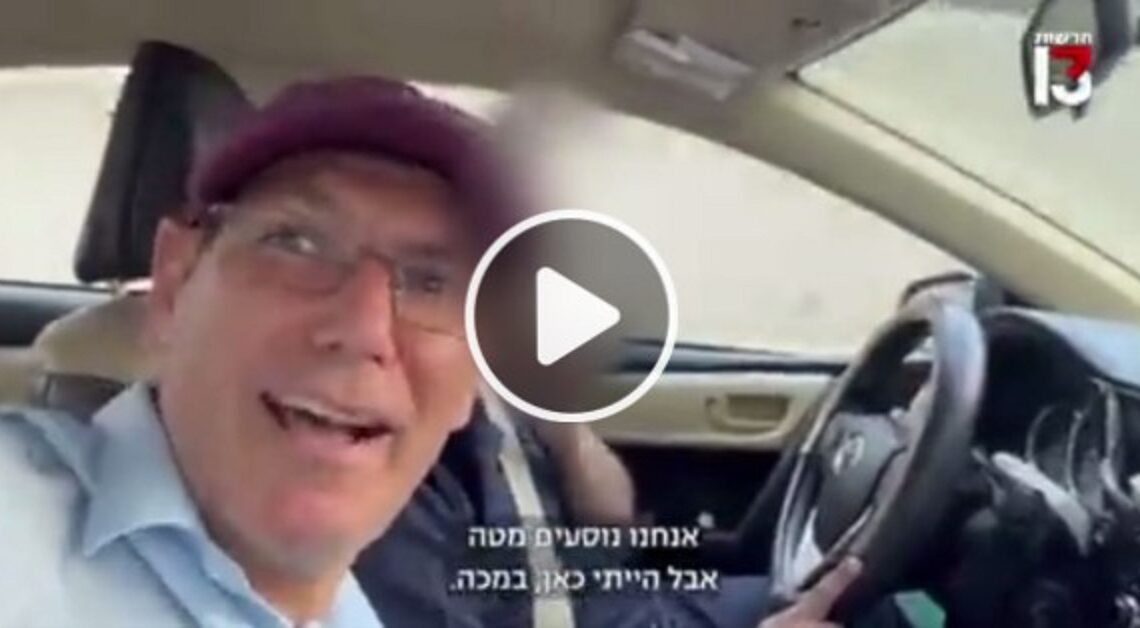 A Jewish news reporter entered Makkah, Islam’s holiest city, and shot a video despite a ban on non-Muslim visits.

Israel’s Channel 13 News aired a 10-minute report from Saudi Arabia, Islam’s birthplace, by its journalist, Gil Tamary, on July 18 in which he was travelling in a car by the Grand Mosque in Makkah and climbing the Mount of Mercy, which oversees the plain of Arafat, revered as the place where Prophet Mohammad (PBUH) held his last sermon 14 centuries ago.

Accompanied by a person who appears to be a local guide and whose face is blurred to prevent his identification, Tamary lowers his voice while speaking to the camera in Hebrew and, at times, switches to English to avoid revealing he is Israeli, reported Middle East Monitor.

The Twitter hashtag “A Jew in Mecca’s Grand Mosque” trended after the report was aired.

“My dear friends in Israel, a journalist of yours entered the city of Makkah, holy to Islam, and filmed there shamelessly,” Mohammed Saud, a pro-Israel Saudi activist said on Twitter. “Shame on you, Channel 13, for hurting the religion of Islam like that. You are rude.”

Saudi media, tightly controlled by the government, did not cover the story and officials did not immediately respond to requests for comment.

Tamary was in Jeddah covering US President Joe Biden’s visit on Friday. It was unclear whether authorities had approved his Makkah journey, for which he later apologised, saying he had not intended to offend Muslims.

“If anyone takes offense to this video, I deeply apologise,” he wrote in English on Twitter. “The purpose of this entire endeavour was to showcase the importance of Mecca and the beauty of the religion, and in doing so, foster more religious tolerance and inclusion,” he added.

Meanwhile, Saudi police is said to have arrested a citizen alleged to have facilitated the arrival of the Israeli-American journalist to Makkah.