`Davos in Desert’:  Forget snowy retreat, plan your investment in the barren wilderness of Saudi Arabia 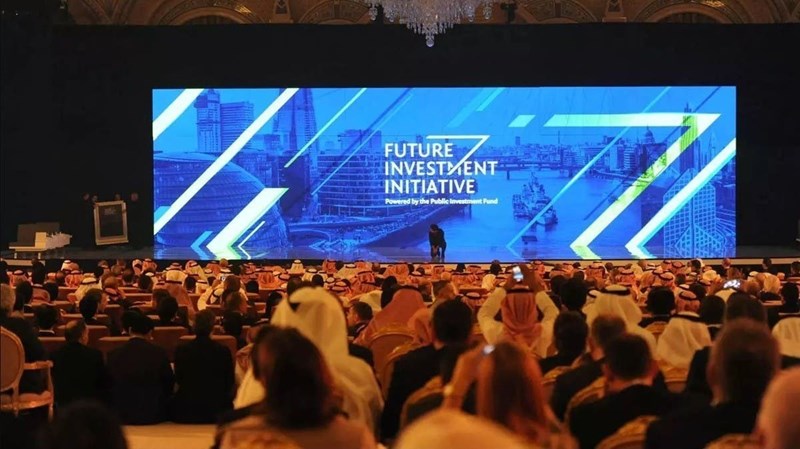 Future Investment Initiative (FII), a three-day conference is set to begin in Riyadh. Referred as `Davos in the Desert’,  the meeting draws Wall Street titans and high-ranking officials from around the world, and up to 400 American CEOs are expected to participate this year, said Richard Attias, CEO of the group behind the event.

US government officials, however, have not been invited to a Saudi investment conference.

A foreign news agency said the decision not to invite American officials, a departure from previous years, comes as tensions rise between longtime partners Washington and Riyadh over the Saudi-led OPEC+ cartel’s recent vote to cut oil production by up to two million barrels per day from November.

Saudi Arabia has in recent days rejected US accusations it has aligned itself with Russia amid the Ukraine war by making oil production cuts to drive up crude prices, insisting it was purely a business decision.

In a speech broadcast on Sunday night, Saudi King Salman insisted his country was “working hard, within its energy strategy, to support the stability and balance of global oil markets”.

Stephen Mnuchin, who served as treasury secretary under former US president Donald Trump, addressed FII during its debut in 2017, though he pulled out the following year amid global outrage over the killing of journalist Jamal Khashoggi.

Attias said: “We didn’t invite any US government figures. We are not inviting too many politicians… because I realized that when you have political leaders on stage, the attention of the media, let’s be very frank, is diverted to the political agenda, and we don’t want FII to become a political platform.”

The US embassy in Riyadh did not immediately respond to a request for comment.

Attias earlier told a press conference that “more than 12 ministers of economy and finance” would attend FII this year.

He also left open the possibility that heads of state would come, saying, “we will know in a few days who are the 100 percent confirmed heads of state.”

The FII Institute headed by Attias is not formally affiliated with the Saudi government, but the annual conference in Riyadh is closely associated with Saudi Crown Prince Mohammed bin Salman, the kingdom’s de facto ruler.

Attias said he did not expect the Riyadh-Washington spat to affect this year’s FII conference.

“No impact at all. On the opposite, we see more and more appetite from the US private sector to attend FII,” Attias said, adding that organizers were “starting to refuse some delegates” for lack of space.