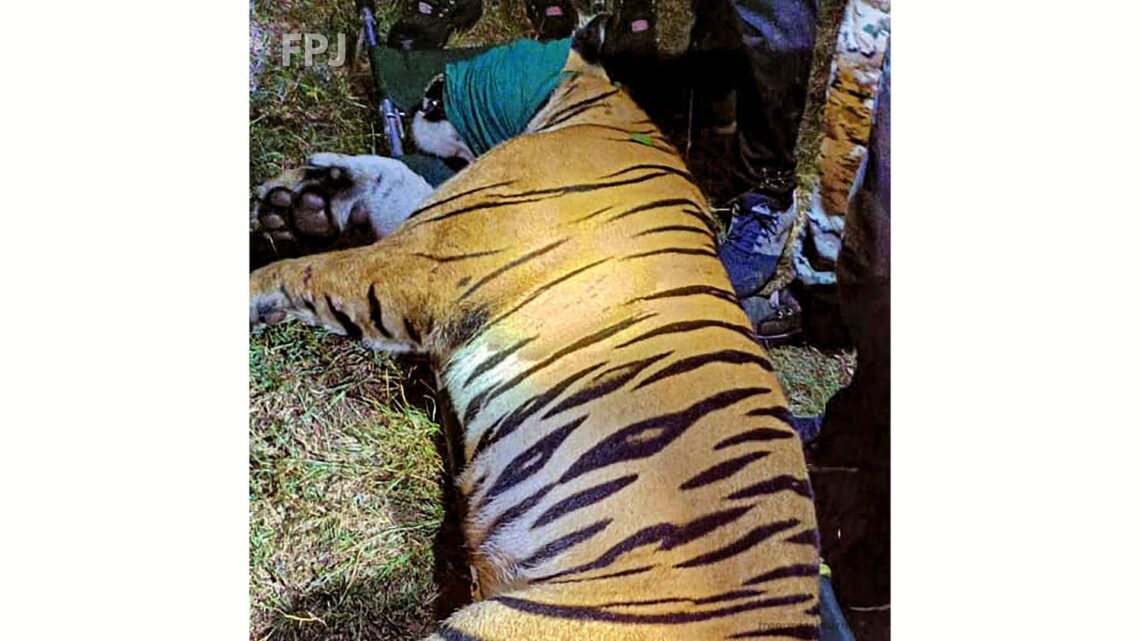 .
Named “Conflict Tiger,” or “CT-1,” the five-year-old male was tranquilized and caught nearly a week after officials declared it a threat to humans and authorized its capture.

“We have been trailing the tiger for a while and it was finally captured inside the forest,” wildlife official Kishor Mankar told a news agency.

Mankar said all the victims were attacked inside the forest area, where some of them lived or had entered to collect firewood.

The tiger has been moved to the nearby Nagpur region and is being monitored by vets before a decision is taken about its future, he said.

It will either be released or remain in captivity. CT-1 was far from being India’s only troublesome tiger.

On Saturday police shot dead another tiger, which had killed nine people in the eastern state of Bihar, in a major operation involving 200 people including trackers on elephants.

Nearly 100 people were killed in tiger attacks between 2019 and 2021 in India, according to government figures. More than 200 tigers were killed by poachers or electrocution between 2012 and 2018, the data showed.