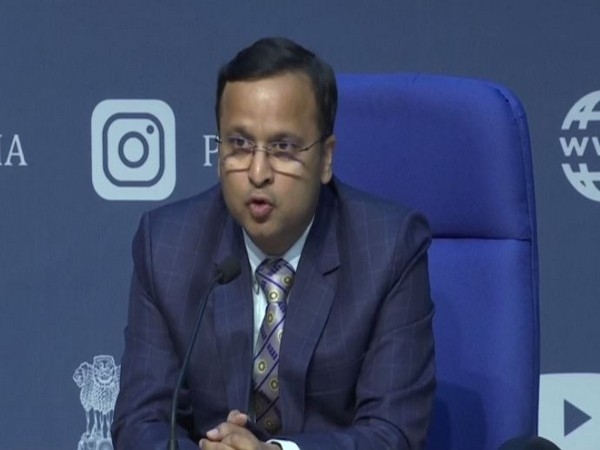 Srinagar, Mar 16: Two new cases­–one each from J&K and Ladakh– took the total number of positive coronavirus cases in India to 114, the Union Health Ministry said on Monday.

Addressing a press conference in New Delhi, Lav Aggarwal, Joint Secretary, Union Health Ministry said: “Four new cases, one each from Odisha, Jammu and Kashmir, Ladakh and Kerala have been confirmed since the last update. There are now a total of 114 confirmed cases in India as of today, including 13 cured and two reported deaths.”

The Ministry tweeted the same information on its official handle as well.

“4 new cases #COVID19 – 1 each from Odisha, Jammu&Kashmir, Ladakh and Kerala have been confirmed since the last update. There are now a total of 114 confirmed cases in India as of today, including 10 discharged, 3 cured and 2 reported deaths,” the Health Ministry tweeted.

The tweet was also shared by J&K’s Directorate of Information and Public Relations (DIPR) on its official Twitter handle.

With it, the official number of positive cases rises to three and four in J&K and Ladakh respectively.

Meanwhile, the J&K Government in its official media bulletin still claimed that only two cases had been tested positive in the UT so far.

“176 persons have completed their 28-day surveillance period and, so far, only two cases have been tested positive in Jammu and Kashmir,” read the bulletin.

Talking to media persons, Mission director, National Health mission Bhupinder Kumar said that one person with “high viral load” was detected in Jammu and samples have been sent to MCDC New Delhi for confirmation.

He appealed the travellers from coronavirus-hit countries like Italy, China, Iran and South Korea to report to the concerned authorities.

Besides that he advised people to avoid public gathering and not to visit the congested places unnecessarily.

Dr S M Qadri Nodal officer for coronavirus in Kashmir division said that in Kashmir so far samples of 33 patients were sent for testing , the results of 32 are negative while as result of one is yet to come.

As per the daily information bulletin, the J&K government said that 176 persons completed their surveillance period of 28 days and so far only two cases have been tested positive in Jammu and Kashmir.

According to the bulletin on novel coronavirus (COVID-19), 2478 travelers and persons have been put under surveillance who are in contact with suspected cases besides that 2095 persons are under home quarantine.