Bride and groom in Kerala reach flooded hall in cooking vessel, get married 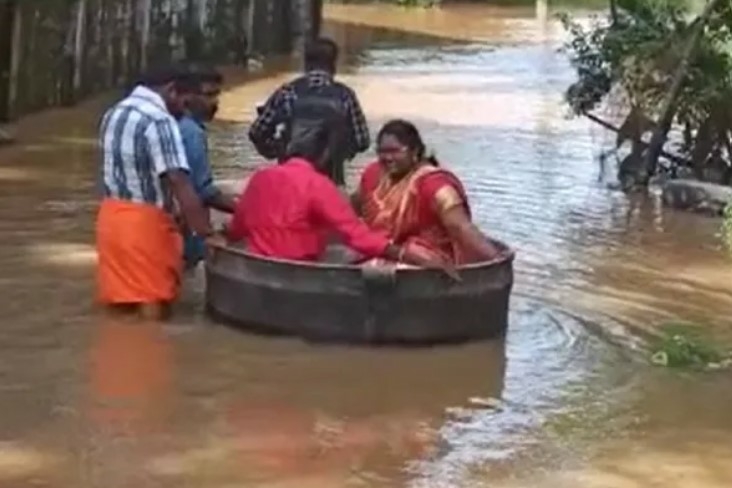 Alappuzha: Amidst tragic news pouring in of people going missing in landslides and bodies being found after the heavy rains which lashed the state in the last three days, there was a pleasant development of a couple — both health workers — braving flooded roads here and reaching their wedding hall in a large aluminum cooking vessel to get married on Monday.

Entering wedlock in a flooded hall at Thalavady here adjacent to a nearby temple, where they were scheduled to get married initially and which too was filled with water, the couple was joined by a very limited number of relatives.

The couple — Akash and Aishwarya — were seen travelling in the cooking vessel in TV channel visuals. After their wedding, the couple told reporters — who were covering the rising water levels in the district and had arrived at the hall after hearing about the nuptials — that due to COVID they had kept invitees to a minimum.

They also said that since they had scheduled the wedding for Monday, they decided to go ahead with it as it was an auspicious event and did not want to delay it any further.

They said that when they arrived at the temple a few days ago, there was no water, but after the heavy rains in the past two days, the place got flooded. The bride and groom are health workers working at a hospital in Chengannur here.